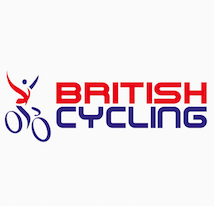 The British Cycling board yesterday elected Jonathan Browning as its new chair following the decision of Bob Howden to step aside. Howden will remain as president.

Browning was first appointed to the British Cycling board as a non-executive director in 2015. A former chairman of Vauxhall and managing director of Jaguar Cars, he has over 30 years’ experience leading large businesses and overseeing significant organisational transformation.

He said: "I am honoured to have been elected as the new chair of British Cycling at such an important moment in its history. British Cycling has delivered tremendous success for the sport at every level over the past two decades, but there is clearly work to do to take the organisation to the next level.

“I look forward to working with the executive leadership team, including our new performance director Stephen Park, to do just that. Recruitment for a new chief executive is going well and we expect to make a further announcement in the next few weeks."

Howden said: “The appointment of an independent chair brings British Cycling more closely in line with the new Code for Sports Governance and is also an important step in work that has been going on for some time in updating the structures of the organisation to ensure we have the capacity to meet the challenges and opportunities ahead of us.”