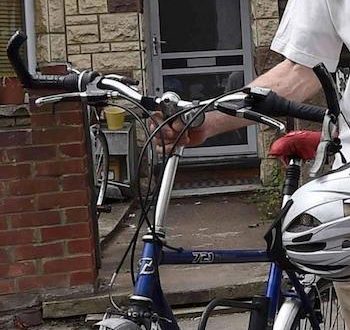 In a stunning rebuff to the British cycle industry Labour leader Jeremy Corbyn has told a newspaper that owning two bicycles is "extravagant".

Come Friday morning Corbyn could be Britain’s prime minister but the Leader of the Opposition’s views on bicycle ownership will not endear him to cycle suppliers and their retailers. Corbyn told the Metro newspaper – a freesheet owned by the Daily Mail group – that owning two bicycles was his most "extravagant expense."

Corbyn stated that he owned two bicycles. "One’s a Raleigh, one’s a Trek," admitted the socialist firebrand. Tellingly, he didn’t add that owning two cycles should be, in fact, considered the bare minimum.

Corbyn is also likely to come under fire from bike shops because of the cost and age of his bikes. His red Raleigh road bike cost just £475 when new. And his Trek city bike – with an aftermarket "frankenstem" – looks to be over ten years old.

Shockingly, despite pledges of cash from 2,677 people, Corbyn refused to upgrade his bicycle collection last year. A crowdfunding campaign raised £7,445 – which would have bought him a nice, mid-range Pinarello – but the Labour leader spurned the chance to become a Wiggins wannabe and demanded that the money should be donated to a refugee charity instead.