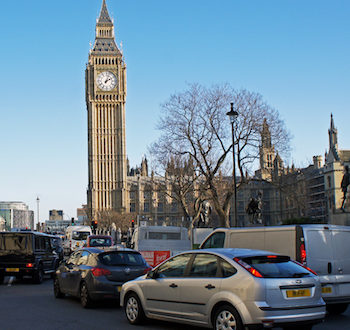 It’s the cars in front that cause congestion, not cycleways

The Daily Mail is today using a report mainly about motorway speeds to attack cycleways in a city that doesn’t have many cycleways. Satnav-for-trucks supplier Satrak released a report about average speeds on Britain’s roads – "UK’s slowest motorways revealed" – but didn’t mention anything about cycleways. The Daily Mail took that report and used it to blame congestion on cycleways, majoring on Cambridge which, despite cycling’s popularity in the city, has comparatively few cycleways.

"Thanks in part to a growing network of cycling lanes … Cambridge is the slowest city in the UK for motorists," extrapolated the newspaper’s transport correspondent.

Traffic on cycleway-free motorways such as the M25 also slow to a crawl demonstrating that it’s not cyclists causing congestion, it’s elevated volumes of motor traffic. Millions of more cars, vans and trucks are now vying for space on Britain’s roads.

As Cycling UK pointed out to a parliamentary committee, getting more people on to bikes would contribute significantly to reduced congestion. Cycling is the "most efficient way to use a single carriageway lane – 14,000 cycles per hour can pass compared with just 2,000 cars. Use of cycles is also a much more efficient use of other public spaces – eight cycles can be parked in the space required for one car."

The Mail reported that in Cambridge "traffic crawls at average speed of just 13.7mph." That’s slower than the speed of an average cyclist – in Cambridge as elsewhere, it’s quicker to get around cities by bicycle. It’s not cycleways causing congestion – it’s more and more cars.

Robert Flello, a Labour member of the parliamentary transport committee, told the Mail that the investment in building cycle lanes both in London and Cambridge has contributed to an increase in congestion by reducing the amount of space on the roads.

"Building more cycle lanes has led to a reduction in road space," the MP told the newspaper. "You just need to look at London and Cambridge."

Flello is chair of the All Party Parliamentary Freight Transport Group and therefore unsurprisingly is a vocal critic of cycleways.

Flying in the face of the well-understood but now rarely heeded concept of induced demand, Flello added: "We need to build more roads." As has been demonstrated since Victorian times, induced demand shows that building more roads leads to more traffic.