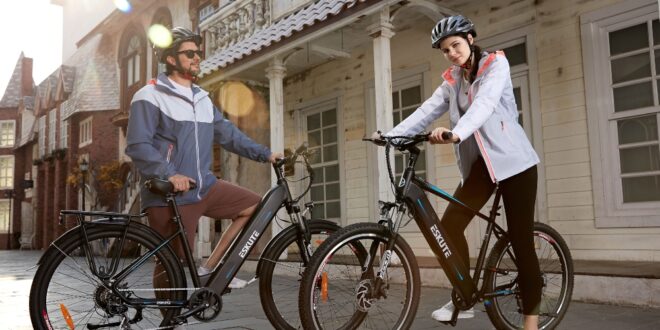 Introducing the Eskute Polluno and Netuno city and mountain e-bikes

This article is a paid promotion in partnership with Eskute

E-bike innovator Eskute is proud to announce the launch of new-ebike models for 2022 – the Netuno and Polluno.

Founded in 2019 by Alan Chen, Eskute has been passionate about providing cyclists with reliable e-bikes at a more affordable price point since its inception.

In their latest product launch, the China-based bike-builder has added to the city and mountain e-bike market, both with new and improved looks and some exciting developments in tech.

Both bikes were released in March, each coming in mid-drive motor and rear hub motor options.

The Netuno is in stock now and BikeBiz readers can use the coupon code: bikebiz50 to save £50 at the checkout page.

First up is the Eskute Polluno, the latest city-specific e-bike from the brand. Derived from the Portuguese word for Pluto, the Polluno is a stylish and practical machine, with an impressive range and some serious pulling power .

The Polluno battery is a removable Lithium cell Samsung power unit, with 36v voltage and a total capacity of 522Wh.

Combined with the Bafang brushless rear-hub motor with 250w power, the Polluno offers 65 miles of range and a total payload capacity of 125kg, all in a 25kg bike. 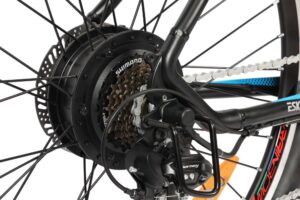 The transmission is a Shimano seven-speed set-up, with the bike offering five different levels of pedal assist, and a UK-legal maximum speed of 15.5mph.

Eskute also switched up the frame design for the Polluno, removing the double-tube design and  replacing it with a single downtube to connect the battery. The redesign reduces the weight and makes the bike easier to mount and dismount, improving the comfort and day-to-day use of the machine.

The Polluno, a 28” frame-size model for urban commutes, also comes with a two-year warranty and retails at £1,199.

Also taking inspiration from the Portuguese language the Netuno (translation: Neptune) is a rugged off-road model, suited to a variety of trails and terrains.

The 27.5” frame-size makes the Netuno more nimble for better handling when the roads get rough.

For the Netuno, Eskute has kept the edgy double-tubed design and added a slight bow shape in the top tube to inject vitality in an otherwise rugged style.

The new Eskute e-Bike models also introduce major boosts in battery performance with a new 36V/14.5Ah Samsung-core battery and 42V 3A charger, which drastically reduces charging times by at least three hours when compared to the previous models. The new batteries also come with the bonus of improved waterproofing and water-resistant frame with internal cabling, ensuring your Eskute bike will last longer and ride safer in all conditions.

Eskute’s new e-bikes models are all designed to comply with European safety standards, while the brand says it is also confident in the production and shipping process, despite the global supply chain issues impacting the whole bike trade, with guaranteed delivery between five to eight working days after placing your order.

Every customer buying an Eskute will also receive a two-year warranty and a 15-day refund period to make sure your bike suits your needs.

Visit the Eskute website for more details on the Polluno and Netuno models. 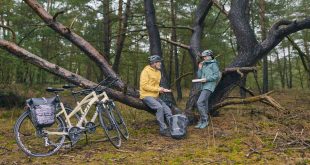 VAUDE: Shifting the gears on sustainability 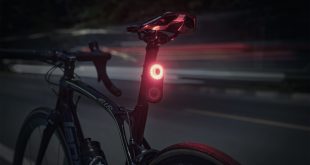 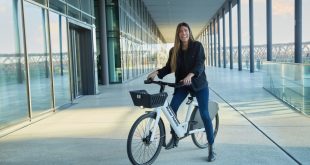