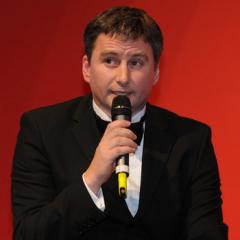 Ian Drake has confirmed that he will step down as CEO of British Cycling – he leaves in April next year.

Drake said: “Some time ago I made the decision that the Rio Games would be my last as CEO of British Cycling. Now, following the success of our Olympic and Paralympic teams at those Games, the launch of our innovative new partnership with HSBC UK and Yorkshire’s successful bid to host the 2019 Road World Championships, I believe that the end of this Olympic cycle is the natural moment for a new CEO to take the organisation forward into the Tokyo Games and beyond.

“I have been involved with British Cycling in some form for almost 20 years, the last eight as CEO, and it is an organisation that I will always love. I have been privileged to be a part of the amazing success we have experienced over those two decades and I know that it will go on to even greater heights in the years to come.

“All organisations, particularly those operating at the highest level of sport, periodically require new leadership to take them to greater heights and tackle their new challenges – now is the right moment for both myself and British Cycling to move on.”

Drake first began working with British Cycling as a consultant in 1995 before joining the organisation full-time in 1998 in order to develop and implement the playground-to-podium pathway that was introduced in 2000. In this role he gave presentations to the bike industry, including at meetings organised by the Bicycle Association.

In 2004 he was appointed Participation and Operations Director, before becoming Deputy Chief Executive in 2007. He succeeded CEO Peter King in 2009.

The British Cycling board will now begin the search for a new CEO.