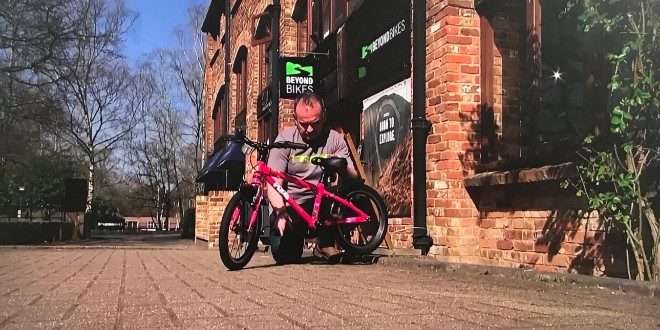 How have bike shops responded to COVID-19? Beyond Bikes

The current retail environment and the struggling high street has been well reported for a long time – with many figures pointing to a bleak picture for bricks and mortar stores in the UK. 2019 was described as the “worst year on record for retail” by the BRC, with total sales decreasing by 0.1%, alongside the ongoing talk of Brexit and political uncertainty that concluded in a December General Election.

But that all seems like a distant memory now, with retail now facing the far greater challenge of COVID-19. A nationwide lockdown was announced on 23rd March when prime minister Boris Johnson told all “non-essential” shops they must shut due to the spread of the virus, but bike shops were among those excluded, meaning it remained up to cycle shop owners to decide whether to remain open for business, fully or partially.

Some stores, including Cycle Surgery, have temporarily closed, while others have put various models in place to ensure the safety of their staff and customers. BikeBiz reached to bike shops to find out how they have responded to the ongoing crisis.

Today, we hear from Nick Manning at Beyond Bikes.

In the run-up to the lockdown, we experienced quite a boom in the sales of sub £1,000 bikes, just like loo rolls people were panic buying bikes. One customer; four bikes, then their friend in for three. Even at this stage we were trying to enforce social distancing in the shop but people just didn’t get it or simply thought they were exempt: ‘We are all young, fit, healthy… and we are in Surrey for god’s sake…’

On the eve of Monday 23rd we all thought ‘that is it, we have had our run’, only to wake up on the 24th with the news that bike shops were exempt, it was like a gift from heaven.

From here on the team at Beyond Bikes all huddled over the shop’s WhatsApp group and worked on the best way to operate. The solution everyone was happy with was only one person in our two-man workshop and no customer entry into the shop.

Most of our mechanics have their own workshops so were able to take work home. Bikes are all sanitised along with tools and touchpoints. The shop’s location allows us to take bikes outside and offer a P&A collection point by our window. We are in a semi-rural location with residential flats above. Some of our neighbours are self-isolating and were not particularly fond of cyclists at the best of times.

We have to manage people outside test riding bikes and dropping off repairs. Most people now understand the importance but sadly we do have to remind a few. We also decided to offer free repair labour for NHS and care workers. Some P&A we are posting to people or offering local delivery.

We had an ITV news crew turn up in our retail village running a doom and gloom piece on the very worrying situation for small businesses. The news crew were very surprised to hear that the bike industry was strong but during the interview, I was conscious to point out that although we were having a good run of sales, the challenge was in keeping staff and customers safe while also educating customers about the importance of social distancing when riding for the image of cycling. We also had the challenge respecting our neighbours peering down from above. 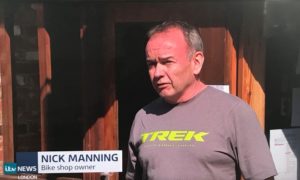 Looking back on March it was a record month, very high in volume of sub £1,000 bikes, huge P&A and a steady run of high-end bikes.

On the workshop side of the business, the challenge has been dealing with the phone enquiries from customers who have quite literally pulled the birds’ nests out of the spokes on their old shed bikes. One lady insisted: ‘I only need new tyres and a chain, it’s a Raleigh I bought 20 years ago second hand for £30’.

Some bikes are just beyond economic repair but we always point them in the direction of the social enterprise bike projects or the one-man band mobile/home mechanics. 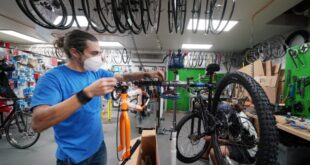 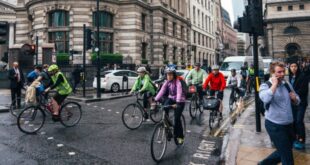 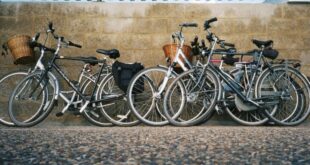