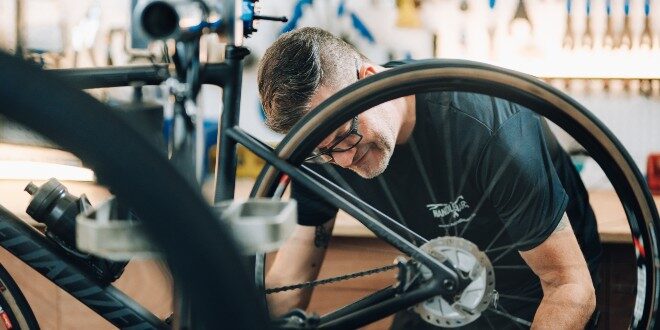 How Handlebars is ‘reinventing repair’

The COVID bike boom we’ve seen over the past year has been well documented, with many businesses across the industry reporting a rise in demand. During this time, the role bike shops have played in keeping the nation cycling has been vital; and this has been recognised by the Government too – not just with the decision to keep bike shops open throughout each lockdown, but also with its active travel initiatives and the Fix Your Bike Voucher Scheme. And with the rise in new and returning cyclists comes a rise in bikes needing servicing and repairs, meaning the value of good customer service has never been more important. 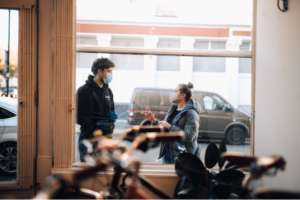 Handlebars is a startup in the cycling industry, aiming to revolutionise the way cyclists get their bikes repaired.  It now has four branches across the capital since opening its first workshop at the beginning of last year – but this meant its first spring and summer in operation was during a global pandemic. “Things went crazy for us,” says CEO Jeyda Heselton.

“We had far more bikes than we could work on at the time, and we opened new workshops and we brought new staff on. It was all very exciting. It was probably a combination effect. The pandemic meant there was a lot of demand for cycling-related work out there, but equally, it got to high season for us and people were keen on what we were doing.”

Handlebars is focused on ‘reinventing repair’, Heselton continues. “We’re trying to shake up the old practices and put the service back into servicing, and lead bike maintenance into a new era.”

The London-based startup also has an app and a website, where cyclists can book into a workshop. E-commerce has pushed other retail areas ‘massively’, says Heselton, but bike servicing hasn’t yet had all the benefits that it could get from modern-day tech.

“I’m quite keen to be pushing that, and that’s why we try to approach everything with that mindset of reinventing repair for cyclists. We try to make things simple and convenient for them. That’s why we’ve got an app and a website where you can book everything – and once your bike is with us, you get a quote on the app and online.

“We try and make everything transparent and easy for the customer, so it’s all nice, clear and hassle-free. That’s how we try to reinvent it. We launched a collection and return service, which meant that our network could expand its reach beyond the direct locality of the workshop.” 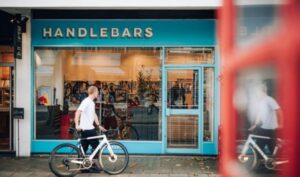 Disused spaces
For the workshops themselves, Handlebars takes ‘interesting’ spaces and transforms them, Heselton says. The Hyde Park unit that opened last month had previously sat empty for two years. “We originally started thinking about parking spaces and the amount of excess land there is in the UK dedicated to parking. As cars become less and less relevant, the amount of land that we dedicate to parking is more redundant.

“Once we’d started heading down that path, and we talked to different landlords who had parking spaces, what became clear to us is that it’s not just parking spaces that are empty land in the UK – there’s just so much land that is not being used usefully. There’s empty space all over the place that would be extremely useful to people if it was transformed into something better.”

Building a network
The Hyde Park workshop, located in Connaught Village, is Handlebars’ most recent opening and its fourth branch alongside Monument and Bank, Islington and Shoreditch. The startup is continuing its vision of conveniently located repair workshops dotted around the capital, leading the way for modernisation within the industry.

“Our idea is to build out a network that covers the entire city,” explains Heselton. “We wanted to start out in the centre as that was the closest to where people worked. To build a network, we believe you need spaces that give good coverage of the city but also hit different types of areas. For example, we’ve got one that’s close to Monument which is great for reaching people who are working in the city. We’ve got one up in Islington which is nice for reaching the residential area around there. Hyde Park is great for all of the cycling traffic that comes in from the west of London, which I think is poorly served at the moment.” 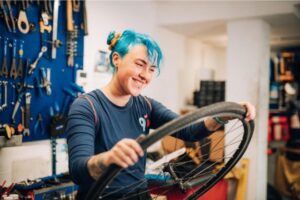 To choose locations, Handlebars looks at data that is available on the number of cycling trips that are made in an area and then combines it with either the residential population or the office workers to work out where would be best for cyclists – somewhere preferably next to a cycle route, too.

“Our collection service is quite unique and the fact that we’ve got a network, rather than just being a single store, is a benefit to cyclists because they know that whichever store they go to, they’ll get a good service,” adds Heselton.

“The level of service that we bring and the feedback that we’ve had is also unique. I try and make sure that our workshops and all of the mechanics deliver an outstanding customer experience and go above and beyond for people. I want them to know how to have a welcoming experience so that it’s not off-putting for new cyclists who don’t know all the lingo and the terminology.

“We also hire really great mechanics – we’ve got one who was the head mechanic for Canyon Race Team, DHB Canyon. We’ve got really good experience on the team and we invest in training as well.”

Adapting operations
While COVID-19 has caused a boom in demand across much of the industry, businesses have also had to adapt their operations. For Handlebars, the pandemic expedited how quickly it did the collection and return service. “It was always part of our plan anyway but it made us get on with that a bit quicker,”
explains Heselton.

“This year, because of the current lockdown and how contagious this new variant is – and I imagine this is the same for all businesses – each of our workshops only has two or three mechanics working there. If anybody gets sick or ill, it puts a bit of a strain on us operationally. Whilst there’s a lot of demand for people getting their bikes worked on, it’s still operationally challenging to run a business where you rely on a small number of people.”

The startup still has a lot of plans for the year ahead though, including expansion outside the capital, Heselton says. “We’re pretty hungry for making a difference. One of the key things is expansion – we’ll be looking at expanding our network beyond London later this year.

“We’re doing quite a lot of work to improve our customer journeys and the tech that is available for both customers and mechanics. That should make some good progress this year. And finally, we’re investing a lot in training. I think it’s important to make sure everybody has well-honed skills, especially with some of the updates that are coming out to bikes and some of the newer models. E-bikes require specific training so it’s about making sure that everybody’s up to speed on that.” 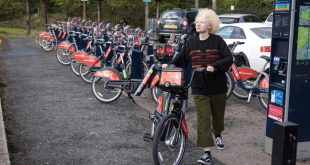 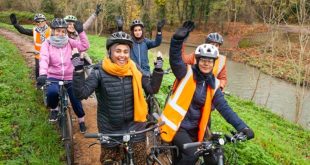