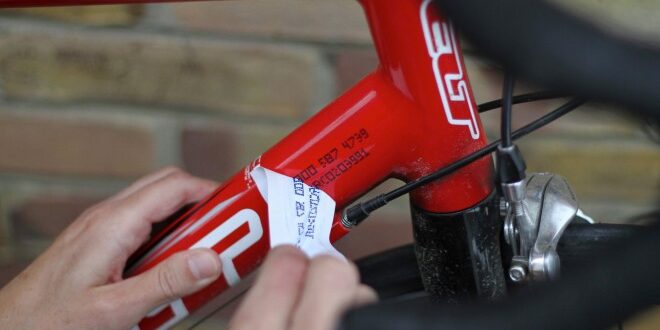 How can we maintain security as bike sales rise?

Thieves have taken advantage of the COVID-19 bike boom in recent months. Rebecca Morley catches up with BikeRegister’s James Brown

The rising number of cyclists in the UK during recent months has been celebrated across the industry, with several bike shops selling out of various models as the nation embraced active travel. But while this is good news for trade and the nation’s fitness, some data has also suggested that this has led to an increase in bike theft – with more budding cycling enthusiasts across the country providing more opportunity for thieves looking for easy targets.

For example, Halifax Home Insurance saw an increase in claims for bike theft earlier this year, with 110 received in June compared to 66 in March. There have even been stories of bikes stolen from NHS workers during the pandemic, with Lister Hospital staff reporting four thefts in a week back in April.

Previous months had seen a drop compared to 2019, with 556 thefts reported in May, down 5.5%, and 376 reported in April, a decrease of 24.5%. “During and towards the end of lockdown, there was less opportunity for thieves given that people were at home,” says James Brown, MD of BikeRegister.

“The opportunity for them to find vulnerable bikes and be outdoors to steal them was reduced. Nevertheless, there were thefts reported in those months, which predominantly came from homes, sheds or garages, rather than outside. We heard of a number of cases of frontline and NHS workers having their bikes stolen – that certainly contributed to the numbers.

“But once the restrictions eased and thieves were able to move around more easily without being noticed, and people were outside and using their bikes more, the opportunities increased again.” Brown believes the rise is a direct result of COVID, especially considering the recent increase in used bike sales as well. “Many of the bikes that are stolen end up being resold. With the increase in demand for bikes, thieves know that there are buyers out there. It’s a vicious circle.

“I can’t see it dropping off,” he continues. “People taking to their bikes isn’t a flash in the pan; the trend will continue and there will be many people preferring to cycle than resort to public transport. With that in mind, I can’t see thefts going down; it’s only going to increase. It’s certainly worrying.”

What can retailers do?
For those purchasing new rides, Brown recommends investing in two high-quality locks and ensuring bikes are locked in the best possible way. This means locking both the back wheel and the frame to an immovable object, and using the second lock to do the same with the front wheel. If this isn’t possible, Brown says, the front wheel should be locked to the frame.

He also suggests a security mark to identify your bike and deter theft. “Thieves will go for the easiest target,” he says. “If they think they’re stealing a bike that can be traced, it’s going to make it much more difficult. We and other people across the industry, including the police and cycling organisations, would like to see new bikes being marked and registered on BikeRegister when they are sold. If that were to happen across all retailers, there would come a point where all bikes are  on a national database.

“If we could achieve that, criminals would know that there is absolutely no way they could get away with stealing bikes. Our great desire is for retailers to start marking and registering bikes at the point of sale. It’s never been easier – we now have an app where retailers can take the owner’s details and register the bike before it’s taken out of the store. It’s really quick and easy to do, but the ball is the court of the retailers.”

Superintendent Mark Cleland of British Transport Police, and the national lead for cycle crime, adds: “In the recent Government document ‘Gear Change: a bold vision for cycling and walking’, the strategy talked of consolidating bike registration schemes across the UK and the importance of registration through innovative companies such as BikeRegister.

“Bicycle registration is a complex issue with the ultimate aim of having a clear audit process of property that would lead to stolen and lost property being recovered and returned to owners, the inability for criminals to move stolen property through the second-hand market and provide opportunities to prevent crime in the first place.

“The challenge is how to reach a tipping point where the majority of the millions of bicycles in circulation in the UK are registered. There are opportunities to register bicycles at both the point of manufacture and more importantly the point of sale, where customer service is key and advice around crime prevention could also be offered.

“But consider all those other intervention points in a bicycle’s life cycle. When it’s serviced, or sold on, insured or new accessories purchased and fitted, they all offer an opportunity to register and mark a bike, whether new or old. But how do we stop those registration marks being removed? We need legislation that would make the sale of bikes with removed serial numbers or registration marks illegal without evidence of their legitimate ownership. This enables resellers to carry out due diligence checks and would contribute to the reduction of cycle crime.

“Until then, the work continues with the Bicycle Association and our partners to look at how we can significantly increase the registration of bikes across the UK and educate the great British cyclist on how to prevent theft.”

Safe storage
Various schemes to keep bikes safe have also been popping up around the country. Bike-Drop recently launched to provide safe and secure bike parking in central London. 1,080 Bikehangar parking spaces are being installed in Edinburgh, and the city aims to have the largest network of on-street cycle sheds in the UK, outside of London, upon completion.

The Bikehangars are being designed, installed and managed by Cyclehoop, with each providing six cycle parking spaces in half the space of a parked car. “Cycling creates a more liveable neighbourhood by lowering car dependency to make streets quieter, safer and healthier places,” said Cyclehoop managing director Anthony Lau. “Making secure cycle parking accessible is key to encouraging more people to take up cycling. We designed the Bikehangar to help those who aren’t able to keep their bikes at home, to store them accessibly on the street, safely locked and protected from the weather. Secure storage facilities offer greater protection by lowering the risk of theft. Homes, garages, sheds or Bikehangars, although secure, are not impenetrable to a determined and well-equipped thief, so it is best to lock, register and insure your bicycle for peace of mind.”

A new pop-up bike hub has also opened in Leeds Kirkgate Market, and Oxford City Council recently installed 90 new bike parking spaces in the city centre. “Anything that can help bikes become more secure in public locations is great,” says Brown. “But the people who own or operate these storage areas need to ensure that security is at the forefront of everyone’s minds in terms of access to those areas. That said, creating cycle storage and reducing the number of bikes parked on pavements is certainly a step in the right direction.”