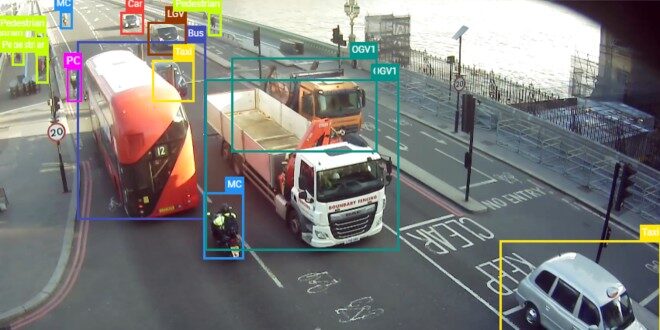 The way we travel has changed dramatically over the past year – with COVID-19 lockdowns resulting in a rise in walking and cycling as a hobby and means of exercise. In fact, research from National Rail and Cycling UK last year found that two-thirds of Brits may avoid public transport as the nation returns to office work, with one-fifth weighing up commuting by bike.

And some local authorities have been looking into travel behaviours too – Sutton and Kingston Councils announced earlier this year that they will be working with UK-based transport AI company Vivacity Labs to help improve active travel insight and the safety of high footfall areas.

The councils, as part of the InnOvaTe project, are utilising Vivacity’s AI and IoT technology to provide data on different transport modes and movement patterns. The project follows initiatives such as the trial Low Traffic Neighbourhoods and School Streets scheme, with both councils committed to addressing issues that affect the environment and health of their communities with the resources available. 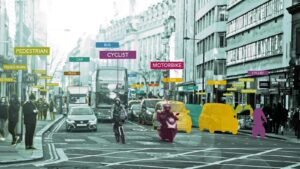 These infrastructure changes can, in particular, help to improve active travel routes, enhance space and safety and, as a result, encourage and accommodate more walking and cycling. The project data will help the councils understand more about travel behaviours and patterns and to assess and improve the impact any changes are having.

Mark Nicholson, CEO of Vivacity Labs, says computer vision technology, ie. cameras, is used to ‘really understand’ what’s happening on the roads. “It’s gathering not just counts of vehicles, but also how they are behaving and interacting, how many cyclists or e-scooters or buses go past, really understanding what’s happening at junctions and safety as well as sustainability. So, getting under the skin of the transport network much more, using better data.”

Early insights
The findings are very local authority specific; whether that’s looking at rat running on side roads and helping authorities to understand that behaviour, or understanding safety at a particular junction – looking at how many cyclists are trying to turn right through the traffic, or how many lorries are trying to turn left through the cyclists, and how to optimise that junction.

Nicholson says: “Whether that’s removing the traffic lights entirely and turning the whole area into a one way system, having bollards through the middle of the junction so, while the cyclists can still filter through, the cars cannot. Then it becomes much more natural to have a safe environment.”

This can be helpful to local authorities too if there’s controversy about whether or not new cycle lanes should be installed. In August 2020, #BikeIsBest penned a letter to Prime Minister Boris Johnson on safeguarding the “golden age of cycling” following a worrying increase in ‘bikelash’. An independent survey commissioned by #BikeIsBest and conducted by YouGov showed that there are 6.5 people in support of measures in their local area to encourage cycling and walking for every one person against.

“Yet there are worrying signs that access to the kind of high-quality cycling infrastructure that will enable mode shift could come down to a postcode lottery,” the letter said. “Even where local authorities have received all the funding they asked for, delivery of schemes by some councils have been shelved because of local pressure from a vocal minority. This is a worrying trend that transcends geography or party politics.” 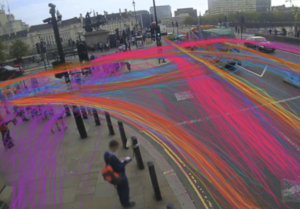 Data-driven approach
A lot of Vivacity Labs’ data can help local authorities to understand where the right place is for a cycle lane and how an area can be improved. “It’s about giving the datasets to support decisions,” says Nicholson, “and to make sure that they’re making the right decisions.

“It’s about demonstrating the reality of the situation – it’s not necessarily about saying every cycle lane is beneficial. It’s about giving the data to make sure that the local authority can make the right decision about where to invest their money, and they should invest it in areas where there are some cyclists and where there is potential for there to be more cyclists, to give them the insights to be able to make those calls.

“And sometimes, different authorities have different levels of objectives around cycling and there’ll be different cut-offs in different areas. It’s about giving them the data to be able to make informed decisions on how to make changes to the infrastructure.”

So how do the specific partnerships with councils come about? “We are the ones who do most of the approaching to start with,” says Nicholson, “and most of the time we start off with a small trial project because it’s a new technology.

“It starts off with something small, but then that relationship grows over time and we end up with city-wide roll-outs of sensors, because it feeds into so many different parts of transport policy. It’s about really helping them to have a data-driven approach to their entire transport planning and strategic monitoring of the network.”

Solving problems
The company is doubling in size every year in terms of the number and scale of projects that it does, Nicholson says. “And so there’s lots more coming in terms of working at ever-bigger scale with ever-larger authorities, solving ever-bigger problems. There are lots of big challenges still within the transport ecosystem and networks, and we’re trying to help local authorities to really understand those, pin them down the data, and then they can solve them.”

And with cycling numbers rising so much since the start of the COVID-19 crisis, could we continue to see this increase over the coming months? “If you look back at cycling in the UK over the last ten years, it has continued to rise,” Nicholson says. “And I think there is a continued awareness of: ‘I can now cycle to work’; ‘There are now better cycle lanes in place’; ‘There are improvements that make this easier’.

“Not all of those people will stick, some people will reverse or go back to their cars, but I think it should have prompted some to think carefully about their habits, and might have helped them to find new ways to work. I don’t think that the full scale of shifts that we’ve seen this year will be sustained, but I do think it will accelerate the overall transition.”

Vivacity Labs is also going beyond data, Nicholson adds, to look at optimising the network for cyclists in real time. “We’re doing a lot of work with traffic lights and looking at how we can prioritise cyclists through those traffic lights. That’s a next stage for us where, in some parts of London, you have green cycle lights ahead of the main lights and you can prioritise the cyclists, but that annoys the drivers because if there are no cyclists there, they’ve just wasted time on that junction.

“It’s about trying to optimise that capability, it’s about trying to say: ‘Okay, we’ve got five cyclists on this side’ or ‘we’ve got three cars on that side’ – how do we balance, how do we prioritise, giving the authority the tools to be able to do that effectively. It comes back to the same concept of, we’re giving them the data and the tools to be able to implement their policies properly. Different authorities will do that in different ways – nevertheless, there will now be tools so that they can prioritise cyclists much better than they ever did before.”

Cambridge trial
In fact, just last month it was announced that Vivacity Labs’ AI traffic signal control is to be trialled at some of the busiest junctions in Cambridge to help cut congestion and improve air quality. The 12-month trial will investigate how camera-based sensors and machine learning can be used to optimise traffic signals to improve traffic flow, reduce journey times and help tackle air pollution.

“We know our traffic lights need to be more intelligent and we are finding new technology solutions that can help the way people make their daily journeys,” said Claire Ruskin, executive board member for the Greater Cambridge Partnership and chair of the Smart Cambridge Working Group.

“These new sensors can monitor different types of road users, and use that data to change traffic flows, potentially helping to cut congestion and improve air quality. We will use the data to inform future projects and interventions.”