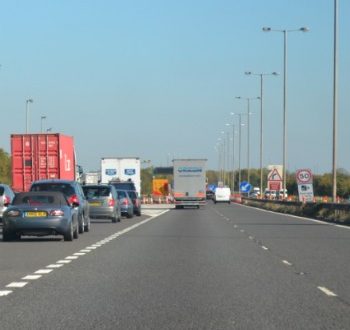 The Department for Transport will review the Highway Code to update guidance on how road users should behave around people on bikes and pedestrians.

Transport minister Jesse Norman revealed the code will be revised to highlight how to avoid the dangers of close passing cyclists and encourage people to adopt the ‘Dutch Reach’ in an effort to reduce casualties caused by car dooring.

This is a method of opening a car door with the hand furthest from the handle, forcing drivers and passengers to check over their shoulder for approaching traffic and cyclists.

"We especially welcome the decision to review the Highway Code, to provide real clarity to walkers, cyclists and drivers alike about safe behaviour around vulnerable road users.

"This is one of the key measures that the Bicycle Association, working as part of the Walking and Cycling Alliance, which brings together six of the UK’s major walking, cycling and active travel organisations, has been urging the Government to adopt."

Duncan Dollimore, head of campaigns at Cycling UK, said: “Close overtakes and people opening car doors in front of cyclists are not only dangerous, they also put people off riding a bike.

“That’s why Cycling UK has been campaigning for changes to the Highway Code rules for many years, to make the requirements crystal clear to give enough space when overtaking a cyclist, wait if you can’t, and look before you open your car door.

“We’re delighted the Government has listened and we hope to contribute to the discussions regarding the amendments required to prioritise the safety of cyclists and other vulnerable road users.”

Xavier Brice, chief executive of Sustrans, said: “We strongly welcome the Government’s review of the Highway Code to make our streets safer for walking and cycling.

"Sustrans has been calling for this in coalition with other cycling and walking organisations and it’s fantastic to see the minister take this on board and show real leadership in this area.

“Close passing and car dooring endangers vulnerable road users and puts many people off cycling at a time when increased cycling and walking will help solve a range of issues such as obesity, congestion and air pollution and will create, more liveable, healthy neighbourhoods.

"Our streets should be safe places for people setting out on foot and we see too many pedestrians killed on our roads.

"The fact that the Government is looking to update guidance in the Highway Code in these areas is a significant step forward and should create real positive change for people walking and cycling.”

Previous Silverstone Sports Engineering Hub to offer wind tunnel for cycling
Next Give IBDs a fair crack of the whip, or it’s cycling that loses