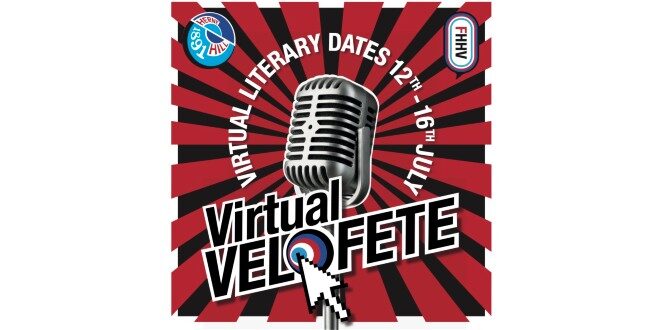 The Herne Hill Velodrome’s Virtual Literary Festival is back for 2021, taking place from 12th-16th July.

As a key fundraising event for South London’s Herne Hill Velodrome, this year’s event will see a list of writers speak about ‘some of cycling’s hottest topics’.

The festival, organised by the Friends of Herne Hill Velodrome, will help raise vital funds for the venue. A cut of the proceeds will also go to the events’ bookselling partner Village Books, where books of the guest speakers can be purchased.

The online festival will run from 12th-16th July, 6pm to 8pm every night. Building on the success of last year, this will see a series of talks with guest speakers from all over the cycling world sharing their experiences, knowledge and love for cycling.

The current line-up includes:
– Justin McCurry, Guardian journalist and author of War on Wheels, Inside Keirin and Japan’s Cycling subculture, in conversation with Duncan Steer
– Jack Thurston, author of the Lost Lanes series
– Hannah Ross and Robyn Davidson on the History of Women’s Cycling. Dr Josephine Perry and Dan Bigham on the Psychology of Cycling
– Paul Jones talking about his book, End to End: the Land’s End to John o’Groats Cycling Record
– A cycling Tech Panel with Michael Hutchinson, Michelle Arthurs and Jenni Gwiazdowski
– Abigail and Lilith from Gears for Queers
– Muneera and Sabah from Black Muslim Women Bikes
– Charlotte’s Chatshow: Charlotte Cole-Hossain in conversation with Tim McInnes and Boru Pratt McCullagh who raised £12,000 for HHV doing the Rapha Festive 500, Esme Wiley, and Max Capamaggian who raised £6,000 doing a virtual Everesting and other rides, as well as Luke Anderson from BC with some news about new initiatives
– Duke A is doing a discussion panel about “cycling and the community”
– Stephen Fabes who wrote Signs of Life speaking about cycling around the world
– Tom Bromley, author of Bespoke: A Guide to Cycle-Speak and Saddle Slang

To find out more about this year’s Virtual Literary Festival and book your place, visit https://fhhv.cc/.

Previous Silverfish UK affected by US ransomware attack
Next Leicester, Leicestershire councils link up with DfT to offer residents chance to try e-bikes