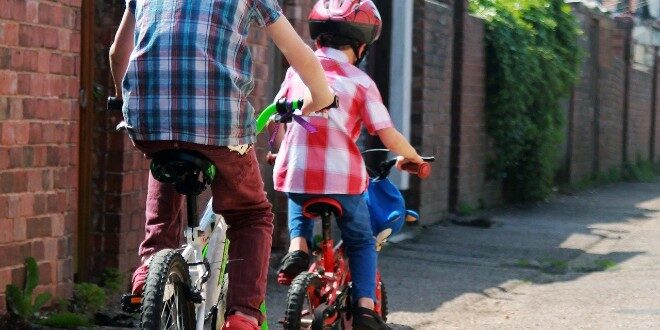 A new report published yesterday has revealed that half of all schools in UK towns and cities could readily roll out School Streets to improve local air pollution and road safety.

Assessing the current status and future potential for School Streets in London, Birmingham, Leeds and Bristol, the report has found that this proportion could potentially increase to two thirds, and the benefits be magnified, if the School Street were coupled with wider measures. The report revealed that around one in five schools on a main road could have a School Street by closing an adjacent side street.

The report cites evidence that School Streets do not just displace traffic but decrease it overall, including on nearby main roads. Based on the average car emissions, the roll-out of School Streets in the four cities would therefore reduce air pollutants by up to 64,000kg a year and carbon emissions by up to 12,000 tonnes per year.

In July 2020, Transport Secretary Grant Shapps unveiled funding for School Streets. The report concludes that the central Government must build on this announcement by providing adequate funding and powers for local authorities, including ANPR camera enforcement.

Report author Anna Goodman of Transport for Quality of Life said: “Our report clearly shows the potential of School Streets, but the Government needs to give local authorities outside London enforcement powers to implement them effectively.

“With a comprehensive roll-out across the country, particularly combined with other measures to reduce traffic, millions of primary and secondary students can enjoy a healthier and safer journey to school.”

Co-author Lisa Hopkinson added: “The Government has both a legal and moral obligation to reduce air pollution. Without urgent action, the consequences for our children’s health are severe and even fatal. School Streets are a really important place to start.

“When they’re coupled with a comprehensive set of measures, such as clean air zones and a pay-per-mile eco levy, local authorities can really reduce air pollution and traffic to make our neighbourhoods safer for everyone.”