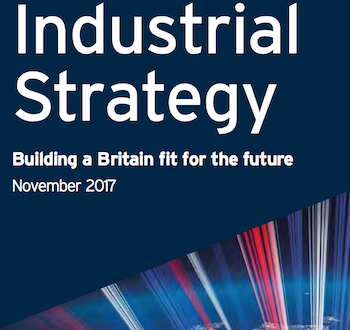 A recent announcement from the Department of Transport said that more details on a new £1.7bn fund for intra-city transport would be revealed when the Government’s released its new Industrial Strategy. Well, we’ve looked and apart from a few extra paragraphs of largely hot-air no other details have been provided. In fact, last week’s budget statement from the chancellor had more information, and that’s not saying much.

What we learned from the budget statement was that the Transforming Cities Fund would support intra-city transport, with half the monies allocated via competition for transport projects and the other half given proportionally to the six combined authorities with elected metro mayors, including £80m for the West of England.

The fine print of today’s Industrial Strategy doesn’t even have that level of detail, which isn’t very detailed at all.

So, there’s no guidance on whether the intra-city travel being considered might involve city-to-city bike networks, similar to the Leeds–Bradford cycleway. This is probably because it will be up to the metro mayors, and local authorities, on how to spend their apportioned funds.

The press release for the Industrial Strategy – which aims to boost Britain’s productivity – says that "infrastructure is the essential underpinning of our lives and work, and having modern and accessible infrastructure throughout the country is essential to our future growth and prosperity."

It adds: "We must make sure our infrastructure choices not only provide the basics for the economy, they must actively support our long-term productivity, providing greater certainty and clear strategic direction. Our investment decisions need to be more geographically balanced and include more local voices. We can improve how we link up people and markets to attract investment, and we must be more forward-looking in respect of significant global economic trends."

Cycling boosts productivity because those who cycle to work are fitter, perkier and know exactly when they’ll get to work. According to the Department for Transport’s own analysis investing in cycling brings huge economic, social and health benefits, with some cycling schemes having a benefit-to-cost ratio (BCR) of 5.5:1 – the Department for Transport said this means that "for every £1 of public money spent, the funded schemes provide £5.50 worth of social benefit.". To put this into perspective, the Eddington transport study of 2006 said the BCR for trunk roads was 4.66, local roads 4.23 and light rail schemes a measly 2.14. The UK’s £43bn HS2 rail project has a BCR of just 2.3.

It remains to be seen whether metro mayors seize on such DfT statistics and build meaningful active-travel infrastructure.

Share
Previous Thieves steal £150,000-worth of test bikes and kit from Cycling Weekly
Next Five minutes with: oBike