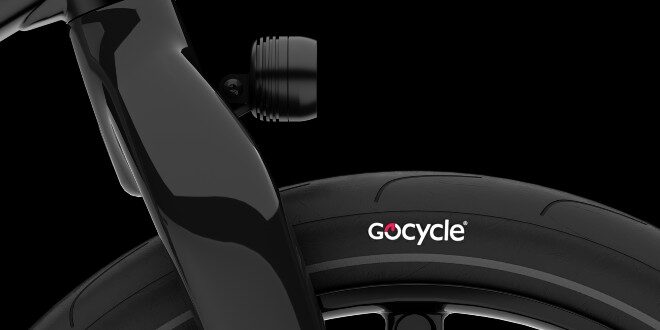 Gocycle has teased a glimpse of its new fast-folding generation four (G4) models ahead of their spring launch.

The new 2021 Gocycle G4 and G4i models represent the brand’s “unwavering commitment to its no-compromises design approach” which focuses on lightweight performance and automotive-inspired design.

The teaser image (above) gives an exclusive preview of the G4’s all-new carbon front fork built around the clean-sheet designed G4 motor system.

The G4 and G4i will replace the fast-folding GX and GXi with full technical specification to be revealed in March.

Richard Thorpe, designer and founder of Gocycle, said: “It’s been more than a decade since we launched the iconic G1 Gocycle in 2009. Every year we see unique and different bicycle and e-bike designs hit the market, but very few stand the test of time and go on to develop year on year.

“As a pioneer in the e-bike industry, I’m proud to be announcing our fourth generation design – the Gocycle G4!

“Our generation four Gocycle range not only sets a new standard for Gocycle, but will raise the bar for all of our competitors in the folding electric bike segment. What’s really exciting to me is that G4 has the potential to challenge traditional non-folding e-bikes.

“When it comes to storage and security, there’s no compromise with a fast e-folder and Gocycle’s acclaimed riding dynamics just got even better with G4! It’s the most significant step change in development we have ever made and I cannot wait to reveal more details!”

The business has already started production of the new Gocycle G4 and G4i and will reveal full technical specifications in March. More information on how to order the new Gocycle G4 will become available at this time, with first deliveries beginning from spring onwards.

A countdown timer to the generation four (G4) Gocycle reveal is now live on www.gocycle.com and interested parties can register to be among the first to hear about the new models.