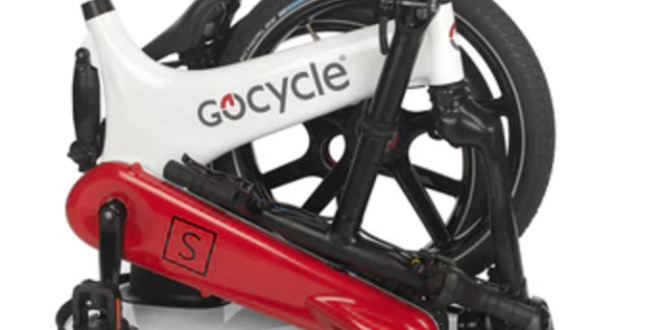 Karbon Kinetics’s Kickstarter campaign for its entry-level Gocycle GS has exceeded its funding target of $250,000, achieving it almost two weeks still left in the campaign.

The Gocycle GS is planned to be delivered to backers and retailers around May 2017. The simpler Gocycle GS offers much of the core proven of the latest Gocycle G3, but at a more affordable price. With 27 hours to go, the pledged funds are currently at $394,200.

“These are exciting times at Gocycle," said Richard Thorpe, founder and designer. “The addition of the GS model to our lineup shows our global ambition as a company to extend our Gocycle technology across multiple models and over a broad price range. For a small and innovative company like Gocycle, opening up new territories such as the North American market is not easy, and introducing a new model is equally tough. But Kickstarter gives us the ability to punch above our weight both in terms of generating awareness for Gocycle and being able to plan the size of our first production batch of GS models. It also allows us to build demand for our reseller network ahead of stocking the product.”

Thorpe added, “With a basic pledge of $1,999 and a limited number of ‘Early Bird’ pledges available at $1,699, some lucky Kickstarter backers got a fantastic deal on an amazing product. The campaign is still live and ends on November 2nd. We expect demand for the GS in 2017 to be high and have created a pledge for our growing network resellers to back our campaign as well.”

Thorpe continued, “Crowdfunding is certainly an interesting new opportunity for small companies to engage with potential new customers. It’s a way to understand what people like and don’t like, as well as being able to plan for production and solve issues early on in terms of positioning and preparation for launch. Increasingly, traditional trade shows are becoming less effective in launching new products to resellers. You need to go out and find the customer base first and share some of the risk that resellers are asked to take when signing up to a new model launch.”