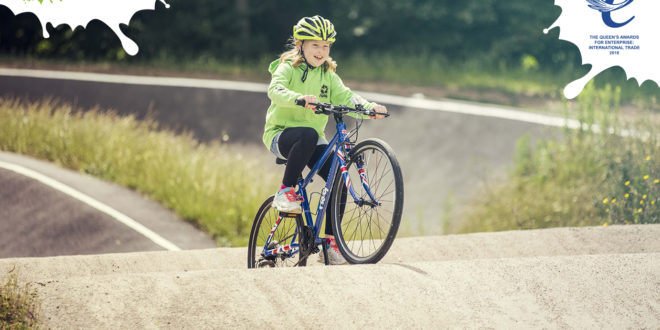 The company has been recognised for its outstanding achievement in international sales, supplying independent bike shops in over 40 countries worldwide. The family-run company was set up five years ago by Jerry and Shelley Lawson. Now with its own factory in Pontypool, South Wales, and offices in Ascot, Surrey, the firm employs 50 people.

"To win a Queen’s Award is absolutely fantastic for a business of our size," said Shelley Lawson.

She added: "Despite recent uncertainty in the UK’s trading position, we export an increasing number of bicycles each year, and are determined to continue our export growth. We have seen a surge in demand in North American markets and throughout Europe in recent months."