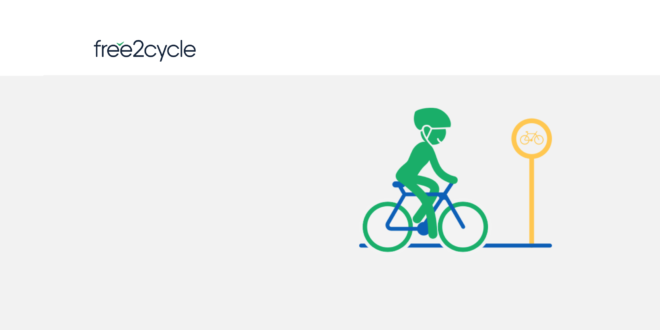 BikeBiz recently published the news of a poll carried out for Cycling UK, which revealed that the state of Britain’s roads and having to share the road with lorries and other large vehicles are the biggest factors stopping more people taking up cycling in the UK.

The news, which caught the attention of the British media, confirmed that more than half of respondents to the YouGov survey said they were worried about sharing the road with lorries and large vehicles. Additionally, 56 per cent highlighted worries about being close passed by vehicles and a further 56 per cent said poor road conditions such as potholes as the main reasons they would be put off from travelling by bike in the UK.

In response to the research, free2cycle CEO Eric Craig has revealed his thoughts on the matter. He said: “Recent research released by Cycling UK that over half of Brits are put off cycling by the state of our roads highlights the importance of effective investment; to be successful you need to be able to measure results.

“We realise that it is difficult for councils and town planners to allocate funds that are under such scrutiny without data that proves its worth. So, it’s up to businesses to work with councils to make this process easier. Our free2cycle app tracks every cyclist’s journey so we can share data with local authorities on the number of cyclists using routes to help them understand congestion and infrastructure demand. This means cycle hotspots should then be prioritised, so councils can see the palpable threat posed to vulnerable road users. We must act soon, otherwise, we will see more deaths or never see the rise in people getting more active on their commute.

“Research abounds around the health and wellbeing benefits of cycling and the burden it removes from the NHS, so we need to remove the barriers people see to encourage more people to get pedalling.free2cycle shares measurable benefits with councils and sponsoring organisations which proves the hard financial and environmental benefits, have facts at hand makes investing in something that we know is socially beneficial an easier decision.”