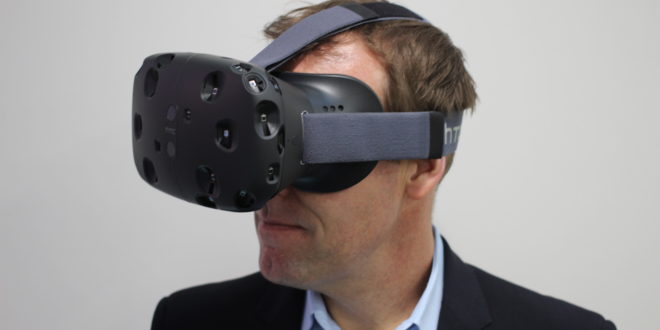 Ford Europe has today unveiled a virtual reality project that aims to reduce "flashpoints between drivers and cyclists" by showing motorists what it feels like when cyclists are intimidated by cars and trucks. And despite the fact most adult cyclists already have driving licences the "wheelswap" project also aims to educate cyclists on what it feels like for motorists to be stuck in metal boxes going nowhere fast. Sort of.

"While infrastructure that keeps different road users apart struggles to keep pace, we are launching a new campaign designed to help improve safety and reduce pollution and congestion," claims Ford.

Its "share the road" campaign was launched in London this morning at the Bike Shed of Old Street, a motorcycle joint.

WheelSwap "enables motorists and cyclists to see how inconsiderate driving and riding can be at the least hair-raising –and potentially fatal – for their fellow road users. Initial studies show that after undergoing the experience, nearly all participants said they would change their behaviour."

The campaign is backed by Team Sky.

"Europe is home to some of the world’s largest cycling communities and the increased pressure on road space is raising safety ever higher up the agenda. This campaign is not just about introducing new technology but also highlighting the need for equal respect and responsibility. If both cyclists and motorists took a little bit more time to understand each other’s needs, we would quickly see a change in attitudes and behaviour which can ultimately improve road safety for everybody."

Using virtual reality headsets the WheelSwap project will "enable motorists to see from a cyclist’s point of view how scary it can be when drivers overtake too closely, swerve without indicating and open car doors without checking for bikes," says Ford.

"Another version enables cyclists to experience what it is like for drivers when they jump red lights, cycle down one-way streets the wrong way and swerve unexpectedly."

70 per cent of those who experienced WheelSwap displayed greater empathy to their driving and cycling "counterparts" after watching the film, compared with those who had not, claims Ford.

The virtual reality experience will be integrated into Ford’s free driver training program for 17 to 24-year-olds, Ford Driving Skills for Life. The WheelSwap films will also be uploaded to YouTube.