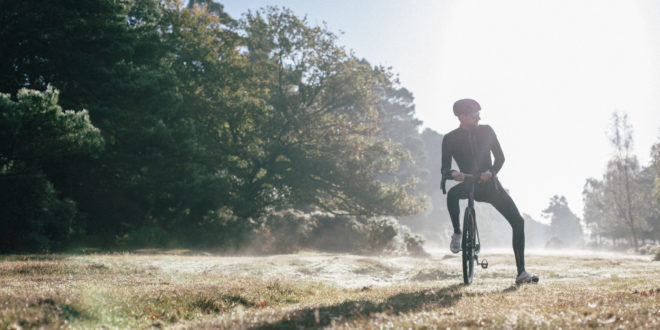 Factor Bikes recently appointed founder John Bailey as UK managing director it looks to expand throughout the brand’s homeland. Rebecca Morley catches up with the man himself to find out more

Back in 2012, Factor Bikes founder John Bailey decided that, despite five years of relative success, enough was enough.
“It felt like I was giving away a child,” he tells BikeBiz. “I hadn’t really done what I’d wanted, but this was mainly due to the amount of money required to take it to the next level.” 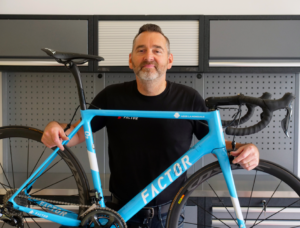 Rob Gitelis was the man to take Factor on, and he still acts as CEO and owner today.

“I knew it was in good hands – I wouldn’t have sold it to anyone else,” he says. “I’d have shut it all down but Rob came along. I didn’t make any money out of the sale, it was more making sure Factor continued, so there was no money involved in the transaction. It was more of a handshake and ‘good luck’.”

Seven years on, however, and Bailey has returned to the fold, having been appointed UK managing director for Factor Bikes in October. The appointment is part of the brand’s move to expand in the UK market, having struggled to make its mark last time around.

“There wasn’t really a great effort, both from the factory and the UK distributor [that Factor worked with at the time],” explains Bailey. “We sold some bikes, and the brand is still known to those who follow it, but it hasn’t the real impetus it needed, or needs, to bring the brand to the floor and to everyone’s attention. In doing that, obviously investment is required but the way we sell the bikes also needed to change.”

Despite not being as well known in the UK in recent years, Factor has expanded globally and has its own dedicated production facility in Asia. It has been a stage winner at the Tour de France and a podium in the general classification and continues to sponsor pro teams and individual athletes in several cycling disciplines, including British triathlete and Ironman Australia champion Laura Siddall. Despite the brand’s expansion across the world, its bikes still have a proud British heritage that has remained at its core. This investment is aimed at the top level of the UK cycling market, and it is hoped it will reignite the Factor flame in the UK and provide its British customers with a dedicated service back on its native soil. 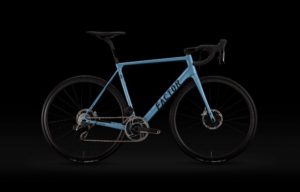 “The investment is predominantly coming from me,” Bailey says. “I’m in partnership now with Rob for the UK, and we are just about to finish setting up our UK headquarters and the showroom. The showroom is here obviously to show bikes. We’re here five days a week, or seven, depending on when people want to make appointments for the days that we’re closed. We offer the full retail fit experience, we can discuss and spec the bikes out while they’re here and build them, and hopefully deliver within a week.”

The new UK headquarters is located in Hethel, Norfolk, and was opened in October this year.

Brand history
The brand was conceived from a commitment to innovation, speed and performance through advanced engineering. It says its soul lives in the union of technology and integration, while its heritage stems from advanced motorsport and aviation.

In 2007, Factor Bikes was born in an industrial unit in Norfolk. Originally an offshoot of bf1systems, Factor began as a leading engineering firm dedicated to working at the highest levels of design with brands including Ferrari, Aston Martin, Lamborghini, Maserati and many F1, Moto GP and WRC teams. It first entered into the cycling world in 2009 with the revolutionary FACTOR001: its unique take on the road racing bicycle was a “marvel as much for its beauty as its unique sophistication”. In 2012, Factor launched a collaboration with Aston Martin – the Factor ONE-77 £25,000 Hyper Bike. In 2013, it unveiled its first production bike, the innovatively aerodynamic Vis Vires. Combining all that had come before, it included a bf1systems-developed power meter, its proven Twin Vane split down tube and a split external ‘Dual Bayonet’ fork.

Early the following year, Factor’s engineering team began developing its next generation of frames: the ONE, ONE-S and the O2. While the brand has worked closely with pro riders in the past, it felt the changes it envisioned required a more critical, race-proven, eye.

Baden Cooke was a top professional for 14 years, an Olympian, winning over 50 races. In 2003 Baden sprinted his way to a stage win and the overall Green jersey in the Tour de France beating both Robbie McEwen and Erik Zabel. Baden rode for powerhouse squads such as Orica GreenEDGE and Saxo Bank. The more Factor’s engineering team worked with Baden, the more it realised his feedback was not only discerning and accurate but also the perfect match for Factor. As Baden worked more with the design team, he “fell in love” with Factor’s vision and ideal.

Shortly after his first ride on the Vis Vires, Baden cultivated a partnership with some cycling industry experts and, along with Vis Vires engineer Gitelis, purchased Factor Bikes from bf1systems.

Market changes
Interestingly, Bailey says the market hasn’t changed so much in that time – but Factor has become a bit more well-known, for example with the sponsorships of pro teams, which he says certainly helps significantly in Europe and a little in the UK, but not enough, he adds.

“We’re getting some good traction with the ladies pro tour team, the Parkhotel team. I think Factor’s becoming a little better known in Europe, it’s got a long way to go in Europe, it’s very strong in America and in the Asian markets, but Europe’s still somewhat untapped,” Bailey continues. “From what I handed over to Rob to what it is now is lightyears apart. The Asian market is very strong for Rob because that’s where he’s based, the US market is growing significantly, as is the Scandavaian area and Europe is starting to grow.” 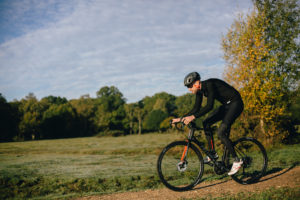 But given that Factor was founded in Norfolk, it’s clear how much significance there is to be back in the UK.

“A, that’s where I live,” Bailey says, “and B, it’s in Norfolk, and that’s where I live but that is also where Factor started. It’s coming back to where it began, its home. Because we’re direct to consumer there’s not really any hang up on our location. We’ll also be doing some strategic locations around the country for those that don’t want to travel here, so we’ll certainly have a presence in London and we’ll be looking to establish a presence in the North of England. They will be physical spaces, but in what form they take, we don’t know yet.”

But despite being B2C, Bailey says Factor is seeking some form of trade partnership with the more specialist retailers.

“We’re really looking for people who are used to building high-end bikes and providing a very good customer experience, in terms of fitting, really going the extra mile. We won’t be putting any contractual arrangement in place, as in ‘you’ve got to sell this many of our bikes’. It will be more of an ‘if you can get a sale for us, we’ll provide you with a bike’, you don’t have to stock anything, there’s no cash burden in any way, shape or form. We have got a couple of relationships set up on that basis now, so there are people willing to do that, it’s just a case of finding them.” 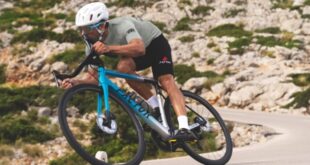 Velobici teams up with Factor Bikes for exclusive clothing range 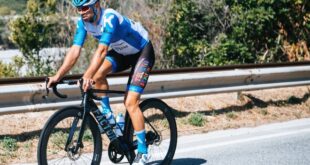 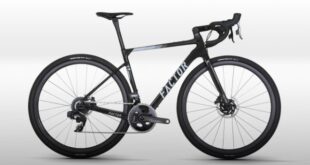