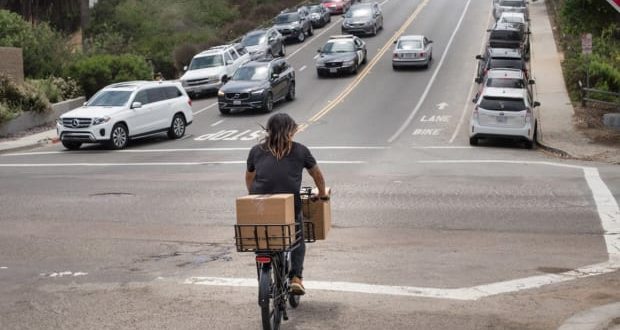 Existence of cycleways is a factor in well-being, say Yale researchers

Cycling to work and the existence of cycleways are two factor that make people feel a sense of well-being, a Yale-led research team has found. The availability of protected bicycle lanes should be evaluated to assess their impact on well-being, suggest the researchers.

114 well-being factors were identified by the team, with cycling and cycleways being part of the physical environmental factors category.

The study was based one the experiences of 300,000 American adults, and the researchers found that people with high incomes and good educational backgrounds reported happiness with their lot, but there were also many other factors including living in racially-diverse neighbourhoods, with good access to preventive health care, and with plenty of bike paths. Well-being is associated with longevity and better health.

The study has just been published in the multidisciplinary open-access journal PLOS ONE.

The researchers – led by Yale School of Medicine’s assistant professor of medicine Brita Roy – identified 12 key attributes that were strongly and independently associated with well-being.

While cycling to work was noted as a plus, driving to work was not. The study found that “long commutes and commuting alone by automobile are correlated with low levels of positive affect and life satisfaction.”

Share
Previous Motorists are only marginally quicker than cyclists, shows DfT modelling (and the cyclists had time added on for parking)
Next When is a Pinarello not a Pinarello? When it is a Chinarello