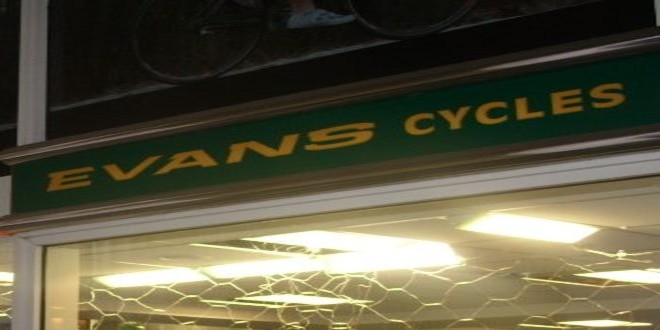 In 1921, the first shop of F.W. Evans Cycles opened on the Kennington Road in south-east London.

Trading from this site for 30 years, it became well known for building its own frames and bikes, earning an award from the Cyclists Touring Club (CTC) for ‘The greatest improvement in cycle design, construction or equipment during the year 1925’.

The business was purchased by Joseph Smith in the 1950s. At the time, the shop sold a range of cycles and toys, but during the 70s Smith handed the business on to his son, Gary Smith, who developed the shop into a specialist cycle retailer.

After more than 50 years of trading at Kennington Road, redevelopment of the site saw the store relocated to The Cut in Waterloo in 1977.

Evans was sold to Sports Direct as part of a pre-pack administration last year. It was reported at the time that as many as half of its UK stores could close, putting hundreds of jobs at risk.

Last month it was announced that its Aberdeen and Preston stores were closing.