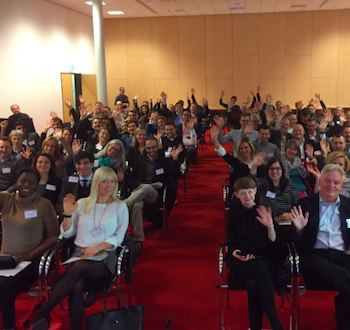 European bike share organisation VeloCittá has plans to go global. This was revealed at the first European Bike Share conference which was held in Rotterdam yesterday and attended by 160 delegates.

The statement urges cities to consider setting up bike sharing systems. VeloCittá will present it to the European Commission and the European Parliament, and is hoping to gain financial support from European institutions.

Conference delegates came from more than twenty-five countries, and heard from the five VeloCittá cities of Krakow, Burgos, London, Szeged and Padua.