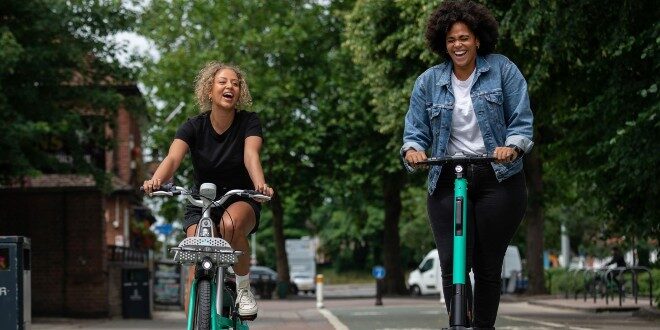 E-scooters: A shot in the arm for bike share schemes?

E-scooters are impossible to ignore in today’s discussions surrounding mobility and active travel, particularly as people’s transport habits change with COVID-19. But what impact are they having on bike share schemes? Rebecca Morley reports 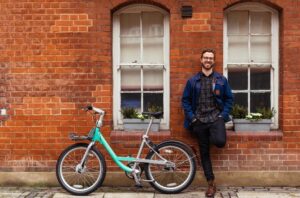 Beryl, which has bike share schemes operating across the UK including in Bournemouth, Poole and London, has witnessed this too. “May was out of this world and June was fantastic,” says CEO Philip Ellis. “In lockdown, all that people could do for fun was go out and exercise. Coupled with the roads being blissfully quiet, people were going out on shared bikes more often and for longer.”

However, despite the benefits of clearer roads, quieter cities and cleaner air, it appears that many are already reverting to their old transport habits. According to Environmental Defense Fund Europe research, traffic congestion has been increasing in London – and has already exceeded 2019 levels outside the city centre. “Carmageddon started to rear its head,” Ellis continues.

“As the roads got horribly clogged, the enjoyment factor that people had from riding their bikes disappeared. What we’ve seen from July to October is still a decent number of riders, but there is significantly less movement of people in the city. People are working from home and the roads are still quite a hostile place, so we see no real morning peak.

“Overall, we’re probably netting off at somewhere normal. We’ve created a lot of cyclists during that initial period – there were a lot of lapsed cyclists, bike share riders or other, that have come back to cycling because they enjoyed it in May and June.

“We hope that when travel volumes increase, as people start to get back to work and socialise again, we’ll have the positives of more people cycling, and of the investments being made to create space. I’m optimistic that there will be a base level of higher cycling numbers – in terms of people who own bikes and are using a bike share scheme.”

A multimodal fleet
Beryl’s bike share scheme arrived in Norwich in March this year, with an initial rollout of 225 bikes available to hire. But September saw the micromobility provider also begin to roll out e-scooters in the city too, with the aim to add another sustainable journey option to its multimodal smart fleet.

“We’ve always planned on introducing e-scooters to our schemes because we’ve always wanted to be able to offer a full-service micromobility offering,” explains Ellis. “We wanted to offer bikes, e-bikes, e-scooters and cargo bikes so we can increase our addressable market. We want to have as many people using our systems as possible, and that means a variety of vehicles throughout the city.

“We’ve introduced e-scooters alongside our bike share system, and we’re planning on introducing them alongside more of our systems along the medium and longer-term. The bike is still such an important part of how people get around the city, but it’s a really important part of a shared system.”

Ellis describes the scooters as a ‘shot in the arm’ to Beryl’s bike share systems. We’ve seen interest in e-scooters in many parts of the world – so it’s no surprise to see them in the UK too. “Within the industry, people talk about the e-bike smile – the same thing exists on scooters. The adoption is easy and it really appeals to younger people.”

But you can go further on a bike, Ellis continues, and from a pricing point of view, bikes exist because they are one of the most efficient ways humans have developed of getting around.

“We’re able to offer our bikes to a city, to an end-user, at a really low price. With scooters, you have to charge a lot more, because there’s a lot more involved in the charging, whether that’s through battery swapping or on-street charging.

“But the bike is always going to be long-term, so we can charge less money for people to use it. And if we ask people why they commute by bike, it’s because it’s cheaper, greener, better for you and faster. That’s why people do it versus driving – but all of those things are equally as true versus scooting.”

There’s a policy need for Beryl to be able to offer an affordable method of transport, says Ellis. “The [e-scooter] pricing model doesn’t suit twice-a-day commuting for the people that really need to get back into work right now. Restaurant workers, bar workers, security guards, people in manufacturing and construction – these are the people that have to go to work. We have to have alternative options – like bikes.

“From a policy perspective, e-bikes come into this in a really interesting way as well. You could say that if you’re going down the affordability route with bikes and e-scooters, your better option is just to buy one.”

E-bikes, however, are more expensive, and a shared e-bike, therefore, fulfils an interesting need from a
policy perspective. “Collectively, we want a shared micromobility offering because we think it increases the addressable market,” says Ellis, “and it gets more people using our services. “When you think about each one of these modes from a policy perspective, there are good reasons to implement bikes, e-bikes and e-scooters.”

Could e-scooters be competing directly with bike share schemes?
While privately-owned e-scooters in the UK can only be ridden on private land, with the landowner’s permission, new regulations allowing trials of rental e-scooters came into force on 4th July. And since then, we’ve seen many operators be appointed by councils across the country to launch e-scooter schemes into the area. 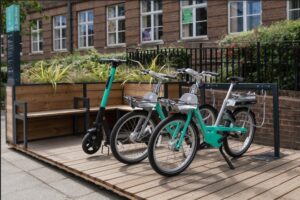 “There’s a general tide of opinion from policymakers and the industry that this is a temporary scooter trial, but the tide is probably only going one way,” Ellis continues. “Electric scooters will be more broadly legalised, and there’s great opportunity to make sure they’re legalised in a way to make it as safe as possible. It’s more a question of timing. Will it book-end nicely with the end of these trials, or will we see a period where these trials finish and the legislation hasn’t quite changed?”

But could there be any competition between bike share schemes and e-scooter trials? According to a 2019 report released by the National Association of City Transportation Officials, electric scooters are overtaking station-based bicycles as the most popular form of shared transportation outside transit and cars in the US. Riders took 38.5 million trips on shared electric scooters in 2018, eclipsing the 36.5 million trips on shared, docked bicycles.

“On a global scale, where e-scooters have been launched as shared mechanisms alongside existing bike share systems – where they’ve effectively been competing against each other – cycling numbers really drop off,” Ellis says. “That is because a decent number of those people who were using the bikes for non-commuting trips started using the scooter instead. It hurts the economics of those existing bike share systems.

“There is an exception to that – which is the Paris bike share system. They’re getting record ridership on the bike share system, normal everyday cyclist numbers with private bikes, and they have lots of people riding scooters. There was a fundamental gear change in city-wide investments – there is a fantastic world-beating amount of investment going into protected cycle lanes etc.

“The lesson there is that if you introduce scooters as a competitor to bikes, the bikes will suffer and you will lose all their policy benefits. But if you have a long-term vision and you implement good segregated cycle lanes, then you can drive up the volumes of anyone moving on two wheels on sustainable methods.

“If there’s a platform for people to compete on bikes versus e-scooters, I think what we’ve seen is scooters win that battle. But what you lose is all the policy benefits, the active travel benefits of a bike share system. You can’t have an isolated approach to one or the other, you have to have a joint-up approach to both. Scooters can provide a really good shot in the arm for the viability of a shared micromobility system, but you have to do it as one integrated offering.”