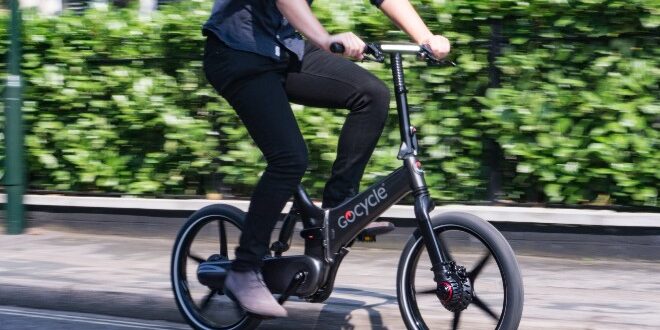 E-bikes: The only credible long-term alternative

First, a disclaimer: I founded our company in 2002 and we make electric bikes. My point of view will, therefore, have biases; however, I like all bicycles and have owned, commuted on, and ridden traditional non-powered bikes.

While the Government’s COVID policies are damaging our economy and the livelihoods of many people, the pandemic has pulled forward the adoption curve for e-bikes. It’s satisfying to see the venerable bicycle and those involved in our industry help so many people to get through this crisis and on a path to living healthier and more sustainable lifestyles. So, it was with eager anticipation that I watched the official Government COVID transport announcement urging us all to avoid public transport and encouraging those healthier alternatives of cycling and walking where possible.

The commitment to invest £2 billion in cycling and walking, including £250 million for emergency infrastructure, has undoubtedly been a huge boost to our industry and is fantastic news. This commitment, if followed through practically, will surely increase cycle commuting – so called “active transport” – over the long term. 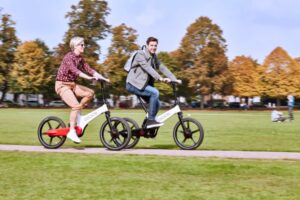 However, as a pioneer in the e-bike industry and a champion of the positive change that e-bikes can bring to our communities, I was hugely disappointed that in the same breath as highlighting the nation’s “health opportunity”, instead of endorsing e-bikes, the Transport Secretary chose to endorse e-scooters, a sedentary form of travel.

I feel we missed a real opportunity on that momentous announcement to help the Government with their credibility on the topic of encouraging people out of cars and into active commuting on two wheels.

Come on Britain, get pedalling…
The Government has launched its #GetPedalling campaign, using professional Team Ineos riders such as Chris Froome to help urge the nation out onto two wheels. We are all on the same “two wheels with pedals team”, but this feels like another missed opportunity for our industry to leap forward and attract a whole new class of consumer – those open to cycling but currently turned off with traditional bikes. That’s the audience we need to reach.

It’s just not credible to expect non-cyclists to stop using public transport or ditch the car to get “on yer bike” for even a five-mile commute.  As we all know, ownership of bikes is high, usage is low. Confidence and optimism to commute by bike is very high on the day of purchase – and then reality hits with that first bad experience forever etched on your mind. Hills and headwinds and those five miles that seemed easy in the car or the train turn into a round trip 90-minute work out every day. On day one, when you’re at your lowest level of fitness – you arrive at work absolutely shattered, hot and sweaty and late for your first meeting. Never again.

E-bikes will become the dominant form of healthy and sustainable personal urban transport. It’s essential that we reach members of the population who wouldn’t have previously considered cycling if we are to truly grasp this once in a generation opportunity to make the UK’s urban areas healthier and more sustainable places. This isn’t about sport or fitness; it’s about living more active and sustainable lifestyles.

Price and the upgrade
In my opinion, most of those that have gone out and bought a sub-£1,000 bike during the COVID bike boom of April will not be riding that come October when winter sets in, and those bikes will not come out of the shed next year. Building more cycle lanes will help, and I’ve seen some immediate action on that front, but the majority of the Government’s investment in cycling and walking will be delivered over many years.

So, the barrier to cycling that comes with traditional non-electric bikes will still be there. This cuts to the heart about the affordability of e-bikes versus traditional bikes. It’s up to our industry to start playing the smart game when talking to customers, as well as the Government. We need to position e-bikes as an investment in long-term personal and community health, an investment in sustainability, an investment in our planet. 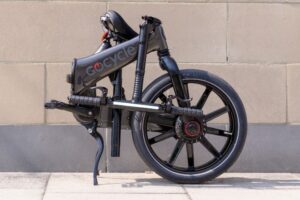 I believe bicycle shops need to change their approach, too. All those customers coming into shops to consider cycling to work and buying a new bike (I’m not talking about sports/racing enthusiasts here) should be educated to upgrade and invest for the long-term in an e-bike. Surely this is the smart play for the industry. There is far more downstream service revenue for shops in maintaining e-bikes than traditional bikes too. And there is far more chance that, if a customer buys an e-bike, they will be coming back year after year for return business.

Incentivise usage, not ownership
There is a lot of speculation around widening the acceptance criteria for Cycle to Work schemes and introducing e-bike incentives to encourage purchase. These are important, but to really drive change and boost the health and wellbeing of the nation, we need to look at incentivising usage over ownership.

At Gocycle, we became the first UK business to do this through our e-bike miles scheme. We have chosen to pay our employees 40p per mile (deliberate parity with the car) if they commute to work using an e-bike. Incidentally, we pay 20p per mile for staff if they commute on a non-powered bike – the rational being that e-bikes are generally more expensive to operate than bikes on a mile-to-mile basis and we do have to consider electrical waste and lithium battery recycling too.

We’ve seen both increases in the number of employees cycling across the business and an increase in their frequency of cycling too. But most importantly, there is a long-term incentive there. With a discount on purchase, there is zero incentive to use the bicycle to commute. What happens when it gets cold or wet? And what about the danger on the roads? Would we have seen the same positive outcome by simply incentivising employees to purchase a Gocycle? I don’t believe so.

Similar schemes have been trialled in France, with businesses reporting healthier and more productive workforces with reduced sick leave. They received tax credits from the Government to cover the incentives with the notion being that the nation’s health care spend would be less as a result of such schemes. Sustrans estimates that there is a net benefit to society of 67p for every mile cycled rather than driven – food for thought.

Some would say paying e-bikers per mile would be complex and it’s just easier to administer a purchase discount. But that is not so; our e-bike miles scheme is incredibly simple. Employees submit their commute mileage and route for approval and then submit a simple monthly log of the days they cycled and we pay out monthly. The long-term goal is to get the Government to get smart and offer tax credits to companies for all e-bike miles – let’s say all “active commuting miles” – claimed on their annual tax return. It’s that simple.

This is the single biggest point the Government needs to shift on. It’s a change in mindset towards investment in long-term health policies that will do far more to encourage cycling than purchase incentives.

The Transport Secretary highlighted that if we saw a 5% increase in cycling it would get more than eight million cars off the road. This is not enough; with 68% of UK journeys being under five miles, we cannot settle for this. With increased e-bike adoption, we can get many more millions of cars off the road.

Boris Johnson’s nostalgic proclamation of a “new golden age of cycling” is dated. If we are to realise the enormous health and sustainability benefits that e-bikes have to offer, the Prime Minister needs to “level up”, as he likes to say, and start promoting what will become the dominant form of healthy and sustainable personal urban transport – the e-bike!  It’s time to get smart. It’s time to go electric.