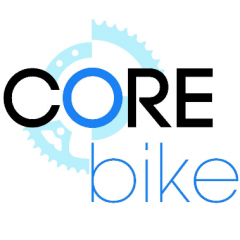 Dates for Core Bike announced, new organisers on board

The Core Bike trade show is set to return to Whittlebury Hall for 2018 with the show running in its traditional dateline from Sunday, January 21st through to Tuesday, January 23rd; this year there will be a new organising team in place.

The first Core Bike was originally held in West Bromwich back in 2005 with the organisation of the event taken on by the six founding companies – Windwave, Extra, Upgrade, Hope, Ison Distribution and Silverfish. From fairly humble beginnings with just eight exhibitors taking part back in 2005, this year’s show had 26 bike companies in the line-up including ZyroFisher for the first time.

For 2018 they’ve enlisted the help of Cycle Show owners, Upper Street Events, to manage the organisational aspects of the show.

“As long term visitors to Core Bike we have always looked forward to making the trip to Whittlebury and like the many hundreds of IBDs and members of the press that attend it has always been a hugely worthwhile exercise for us. It’s not an easy task to meet so many top quality brands and distributors in one place, especially for busy bike shop owners,” said Chris Holman of Upper Street Events.

“Clearly the founders of Core all run successful bike companies as their main jobs, so their days are very full already and Core has got to the size now where it needs an events company to help it become the best show it can possibly be. So it’s a great honour for us to be part of such a well-established and prestigious bike trade event,” he concluded.

Stand sales at the show will continue to be overseen by the Core team, but enquiries for space can be made through Chris or Steve Morgan at Upper Street. The new Core Bike website with the latest exhibitor list and show news will be launched at the beginning of November.

“We’ve known Chris and the team there for several years, and we’re very pleased to be working with them on Core. It’s critical that the show retains its house feel with trade visitors enjoying a welcoming and relaxed environment. We envisage that with Upper Street Events joining the established Core organisers, we can mutually raise the bar yet again for the industry whilst ensuring the event is run as smoothly and professionally as possible. The synergy between Core Bike and the Cycle Show also means that both events can extend their reach into the trade more effectively and clearly there’s a lot to be gained by attracting even more bike shops to meet the Core exhibitors,” added Lloyd Townsend of Ison Distribution

IBDs can register now at www.corebike.co.uk. Please note the Core Bike registration system ensures that all registrations have to be approved first by the exhibitors and also by the organising team so the registration process does not generate immediate confirmations.