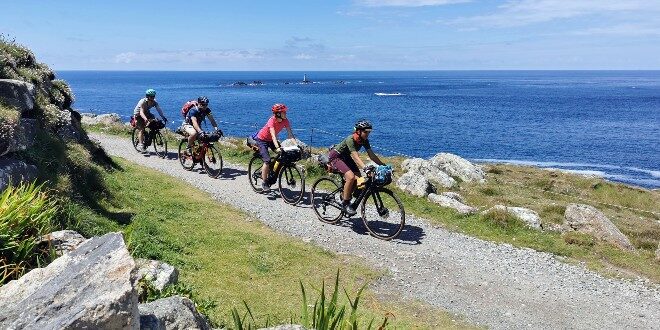 A new long-distance cycling route for Cornwall has been launched today.

Developed by Cycling UK, the West Kernow Way is a largely off-road 150-mile (230km) loop route starting in Penzance. It winds its way west through the Cornish landscape to become a figure of eight, using quiet roads, bridleways, byways and lost ways. It is estimated to take three to four days to complete.

Sophie Gordon, Cycling UK’s campaigns officer behind the creation of the West Kernow Way, said: “The West Kernow Way is an adventure cycling route, that takes you to the famous familiar sites along unfamiliar but fantastic trails. Travelling through lost lanes and forgotten ways, you get to experience Cornwall’s rugged beauty, its history and culture – and of course, of great importance to any cyclists: the hearty Cornish cuisine!” 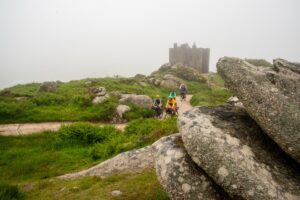 The charity has worked for over a year developing and consulting on the route, including site surveying and recceing the route to bring about the ‘right balance’ between adventure and challenge.

Despite its historic use and suitability for riding along, parts of it are not currently recorded as bridleways that cyclists and horse riders can use, Cycling UK said.

For this and several other sections along the West Kernow Way, the charity has submitted applications to Cornwall Council for Definitive Map Modification Orders to correct these anomalies from when the rights of way maps were originally drawn up, and ensure the routes are protected for future use by the public.

“Collating the necessary evidence to upgrade omissions made back in the fifties has required sifting through old journals and maps decades if not centuries old,” said Gordon. “It’s definitely been an interesting insight into Cornwall’s past, but also shows how difficult and complex it is to upgrade rights of way in England. It’s no wonder under-resourced councils across the UK are only correctly recording historic rights at a rate of less than one route a year and is a clear justification for why the Government needs to simplify this process.” 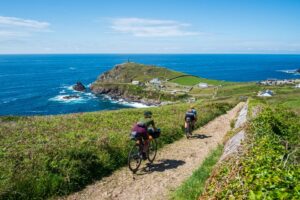 In a bid to limit the risk of infection in the region, the charity has waited until after the summer holidays to launch the West Kernow Way. In doing so, Cycling UK also aims to encourage tourism in Cornwall when it is less busy as part of its role in the European Regional Development Fund, funded EXPERIENCE pilot project.

Cycling UK is one of 14 partners involved in the project which aims to deliver sustainable new off-season tourism experiences in six pilot regions in England and France, which includes Cornwall, Norfolk and Kent. Cycle tourism spending from cyclists in the UK generates £520 million per year. There are 1.23 million overnight trips each year, benefiting small businesses in particular, and these contribute £433 million to the economy.

The charity said it intends to launch new routes in Norfolk and Kent in 2022. It is already working with the hospitality and accommodation sectors in these three counties to provide businesses with free equipment and advice as part of its Cycle Friendly Places accreditation.