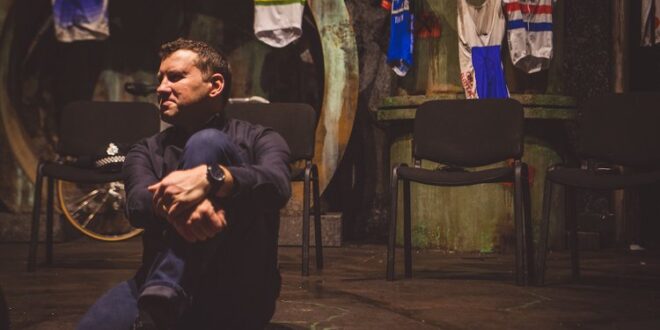 The cycling journalist, author, and podcaster Richard Moore has died.

News of Moore’s passing was confirmed online by The Cycling Podcast, a long-running show focussed on professional road cycling that Moore helped found.

The Scottish former racing cyclist-turned-journalist started his career in media in 1999 and went on to write for The Guardian, The Scotsman, Procycling Magazine, Sky Sports, and wrote a string of books on professional cycling, including In Search of Robert Millar, and Sky’s the Limit.

In 2013, Moore co-founded the Cycling Podcast, along with colleagues Lionel Birnie and Daniel Friebe, initially to cover the 2013 Tour de France.

From there the podcast grew into an extensive network of audio shows and live events, all centred around professional road cycling.

In a statement released Twitter, The Cycling Podcast team said: “Monday was an unfathomably difficult day. In the morning we received the news that our leader, lynchpin, friend, and brother Richard Moore had passed away. We are all shattered.

“It will take us some time to process this tragedy, and, mainly for the sake of Richard’s family, we kindly ask for your respect and understanding over the coming days.

“In due course, it will be our imperative to convey more fully how privileged we feel to have known Richard, and to keep his towering legacy alive.”

During his racing career in the late ‘90s, Moore won four Scottish titles in the junior road race, pursuit, senior time trial and criterium, and he represented Great Britain in the Tour de Langkawi, and represented Scotland in the 1998 Commonwealth Games in Kuala Lumpur.

He went on to publish seven books including his first, In Search of Robert Millar, a biography of the Scottish Tour de France legend, while Slaying the Badger, about the battle between Greg LeMond and Bernard Hinault at the 1986 Tour de France, was later turned into an ESPN documentary.

Full statement from The Cycling Podcast