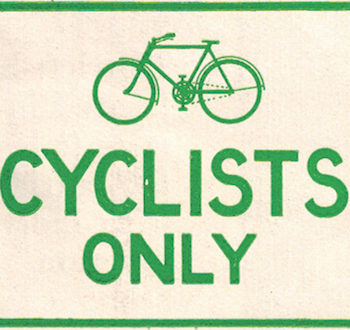 Cycleways-reviving Kickstarter ends tomorrow at 8am

The campaign is organised by BikeBiz executive editor Carlton Reid in partnership with urban planner John Dales. Reid is also a historian and is the author of the new cycle industry and advocacy history book Bike Boom from Island Press of the US.

British Cycling’s Chris Boardman supports Reid’s latest campaign, calling it a "marvelous proposal." The gold medal winner added that: "It could recover some of our lost past and give normal people the opportunity to change the way they travel, in safety.

"As a bonus, in these austere times, it would have a meaningful impact for a very modest price."

Reid and Dales plan to use historical research about the "lost" 1930s cycleways to push for their reinstatement – and improvement – by local authorities and organisations such as the Department for Transport and Highways England.

Media coverage for the campaign has been extensive, with mentions on BBC.co.uk, Radio 4’s You and Yours, Citylab.com, Atlas Obscura and many more. The full list can be seen at the base of the campaign’s Kickstarter page.

The campaign’s first corporate sponsor is Showers Pass of Portland, Oregon. A forum poster on Road.cc said: "it’s a shame that no British companies are on board.” If any want to do get on board they’ve got until 8am tomorrow to do so.