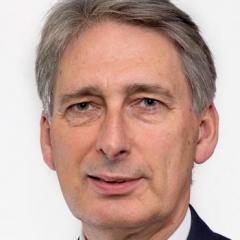 Chancellor Philip Hammond delivered his Autumn Statement today and, as expected, the non-budget budget scrapped many salary sacrifice schemes – but not the Cycle to Work scheme – and, alongside the handouts to JAMs (handouts taken away in other parts of the Statement), there was an announcement of £1.1bn to upgrade local roads and £220m to "tackle pinch-points."

Ruth Cadbury MP, co-chair of the All-Party Parliamentary Cycling Group, rather optimistically concluded: “The large investment in local roads could see a revolution in cycling – I hope that towns and cities across England will get the segregated facilities that are needed to increase our cycling rates to European levels.”

As BikeBiz discussed earlier this week, Hammond is no fan of transport cycling – he dismissed it as trivial when he was Secretary of State for Transport.

Nevertheless, cycling groups are urging that some of the £1.1bn for local roads should be spent on cycling schemes.

“Local roads are what everyone uses most regularly, but they are so often overlooked when it comes to public spending in place of big budget projects like motorways or A-roads.

“The chancellor’s pledge of £1.1bn to upgrade our local roads is a real opportunity for councils to tackle not just congestion, but also the health issues caused by dire air quality and physical inactivity.

“Local authorities must use these new local road funds to make space for cycling at the same time. This would be a cost efficient use of new money that will benefit all road users and the local community.”

Petrolhead campaigners had more to cheer in the Chancellor’s statement (before he became an MP Hammond was a car dealer) because, for the seventh successive year, fuel duty remained frozen, an £845m annual loss to the Treasury. However, Charlie Elphicke MP, Chair of the All-Party Parliamentary Group for Fair Fuel, said Hammond’s Statement was a "victory for the hard-working classes of modern Britain." Those who don’t dot around in motors are presumably slackers in Elphicke’s eyes.

“I’m delighted the Chancellor listened to the concerns of drivers," added the MP for Dover. "He is absolutely right to put more money in the pockets of hard-pressed families and small businesses.”

Howard Cox, founder of the FairFuelUK Campaign, said: "The longest tax freeze in history is down to FairFuelUK and its millions of supporters showing that lower pump prices are good for the economy." (An economy that Robert Peston said is on the verge of tanking.)

Cycling UK’s campaigns coordinator Sam Jones said the Chancellor’s funding for Local Enterprise Partnerships would come to nought because "most of these have traditionally put a pretty low level of investment into active travel." However, and looking on the bright side, he added "they’ve got cash and it’s up to them how they spend it, so cycle campaigners should start trying to push the local economic case for cycling to help bolster their bids with them."

The "anti-whiplash-claims" part of the Chancellor’s statement could also impact on cyclists, said Jones.

"This is could be a bit of a threat to vulnerable road users, despite being targeted at fraudulent whiplash claimants. With a threshold likely to be raised to £5000 from £1000, cyclists and walkers might struggle to get the legal assistance, due to inability for law firms to recover costs.

Jones added that as the only funding directly attributed to cycling is for cycling as a sport "it does suggest that the top two people in the Cabinet – Prime Minister Theresa May and Hammond – see cycling only in terms of sport. This is quite worrying if this is truly the mindset in Numbers 10 and 11 Downing Street."

The Chancellor also announced £390m package of subsidies for electric vehicles, including £80m for charging infrastructure, and Enhanced Capital Allowances for businesses investing in new charging points. But for "electric vehicles" read e-cars not e-bikes.