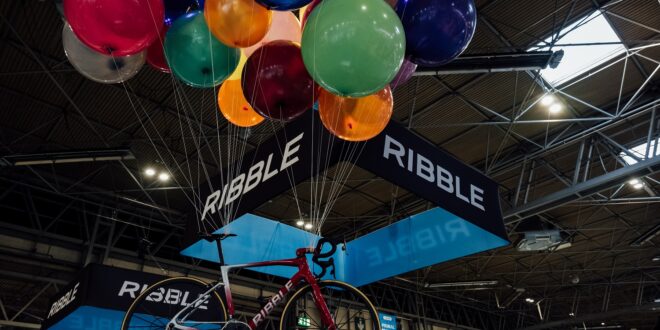 The Cycle Show is moving to Alexandra Palace alongside the London eBike Festival for a new-look event in 2021.

Now celebrating its 19th year, the Cycle Show is returning to London after nine years at the NEC. The London eBike Festival was due to launch in May this year with an exhibitor line-up including Shimano and Evans Cycles, Trek, Cube, Specialized, Cannondale, Haibike, Ribble, Kinesis, Canyon, Bosch, Forme, Ridgeback and many more specialist e-bike brands. 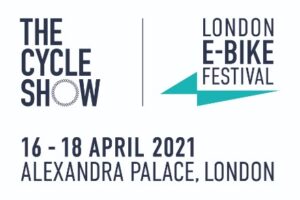 Taking place from 16th-18th April 2021, the two events will utilise over 11,000 sqm of exhibition space, along with 196 acres of parkland around the venue. Alexandra Palace has played host to events from Red Bull’s Empire of Dirt to the Rapha Supercross and was also home to a cycling exhibition in the early 1990s. It was this flexibility of event space that was reportedly key in the decision to move the shows there.

Director Nicola Meadows said: “The launch of London eBike Festival and the 2020 edition of the Cycle Show were both cancelled due to COVID-19, however, the break in the event calendar has given us an opportunity to reimagine the events to deliver an incredibly exciting new format utilising the excellent outdoor space offered by Alexandra Palace, as well as providing the perfect environment to showcase the best brands in the industry.”

Alexandra Palace’s indoor space will be home to a premium exhibition of cycling, showcasing the leading cycle brands with dedicated halls for electric bikes and triathlon, combined with an outdoor festival based around a demo village on the hills surrounding the venue.

Since its launch in 2002, the Cycle Show has hosted many of cycling’s biggest stars from Eddy Merckx to Geraint Thomas, Sir Chris Hoy to the Athertons, and the new show again promises a line-up of talent over three days. There’ll be a family-friendly vibe with balance bike racing, MTB skills sessions for young riders, plus advice on everything from riding safely in the city to buying a cycling holiday.

Alexandra Palace’s parkland will see over four miles of tarmac and mountain bike test tracks, alongside demos and high-octane racing with the sport’s best pro-talent. The show organisers will be enlisting the MTB-specialist help of Si Paton and Kye Forte to create a dedicated off-road circuit utilising the woodland single track and steep descents, alongside a tarmac commuter track on the hillside, plus gravel and road bike sessions, with a demo village at the hub of it all.

For the first time in its history, the show will have a dedicated triathlon zone in partnership with 220 Triathlon, and will showcase the 13th edition of the Bike Radar Bike of Year with all the winners and shortlisted bikes on display at the entrance to the show.

Meadows added: “Cycling has seen one of its biggest-ever boom times during recent months and the London eBike Festival and the Cycle Show are perfectly timed and located to engage a whole new audience of enthusiastic cyclists, along with delivering an exhilarating event for those with a long-held passion for the sport. We’re looking forward to delivering a family-friendly festival of cycling against the backdrop of one of the most stunning panoramic views of the capital’s skyline.”

For more information about the Cycle Show, visit www.cycleshow.co.uk and for the London e-Bike Festival, visit www.londonebikefestival.co.uk.