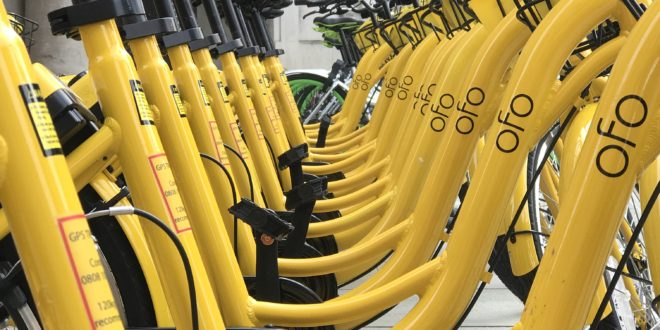 Cycle miles double in China thanks to dockless bike sharing

Before the advent of dockless bike-sharing in Chinese cities cycling accounted for 5.5 percent of transport miles. It has now more than doubled to 11.6 percent. This is according to White Book of Shared Bike and City Development 2017, a Chinese-language report from the Beijing Tsinghua Tongheng Innovation Institute, an urban planning consultancy.

According to the Chinese State Information Center’s Sharing Economy Research Center there are now 16 million dockless bicycles in the country, and each was used an average of three times a day.

The release-by-app GPS-trackable modem-equipped bikes are cheap and simple to use, attracting newbies to cycling. A report from Shenzhen’s Transport Commission said that the city’s 500,000 bike-share bikes had replaced nearly 10 percent of travel by private car, and 13 percent of petrol consumption.

Last year, the CEO of Urbo, a Dublin-based dockless bike-share company told BikeBiz that the sector has the potential to shake up the cycle industry, transform urban transport and, ultimately, reshape cities.