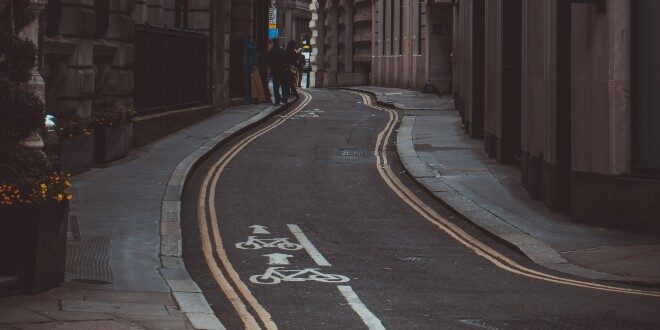 The removal of cycle lanes across the UK in the wake of small but vocal pockets of protest will hit young people the hardest, Cycling UK has warned.

People under the age of 25 could now also be unfairly penalised if councils do not provide safe and secure cycle routes, the charity said.

Cycling UK’s head of campaigns Duncan Dollimore said: “The UK needs to look to a future after the pandemic and support all those young people at the start of their careers or just about to begin them – part of that has to consider the transport choices available to them.

“Youth unemployment is projected to increase, and this will only be further exacerbated if cheap and efficient transport choices, like cycling, is denied to them. The cost of buying and running a car, concerns about or a lack of public transport can all be significant barriers to work for young people, but could be overcome for many if we had safe networks of separated cycle lanes.”

The rising cost of driving has seen a steady decrease in young car owners since the 1990s and many young people are also avoiding public transport because of concerns around COVID-19. Youth unemployment rose by 26% in the first six months of lockdown and is predicted in the coming months to rise by 52% from February 2020 figures.

A recent report published by the Prince’s Trust found a quarter of young people are not confident about their future work, with close to half (48%) of those not in education, employment or training saying they ‘can’t see an end’ to their unemployment.

“A post-pandemic recovery and building back greener and better means thinking about those for whom cycling is one of the only affordable means of transport,” said Dollimore. “It isn’t anti-car as some people claim, but it is unashamedly pro-bike and pro-people.”

Cycling UK’s research shows that 57% of 18-24-year-olds who are in favour of more separated cycle lanes feel they will provide people with more transport choices.

With cycling currently making up only 1% of the mileage accumulated by all vehicular road traffic, Cycling UK has said that enabling more people to cycle by building more safe protected cycle routes is the ‘only way’ to achieve the Government’s 2025 target of doubling levels of cycle activity.

With the release of £175 million in funding to councils in England for building new cycle and walking facilities announced by Transport Secretary Grant Shapps, Cycling UK is urging councils to invest in more separated cycle lanes rather than taking them out after a few weeks in responses to a vocal minority.

“If we make it difficult for everyone to cycle by removing safe, separated cycle lanes, we can’t be surprised when people don’t change their travel behaviour, congestion and pollution increase, and public health worsens,” said Dollimore. “Worse still, we’ll be limiting the transport choices of young people or locking them into car dependency, when they’re already the generation whose futures will be most affected by COVID.”