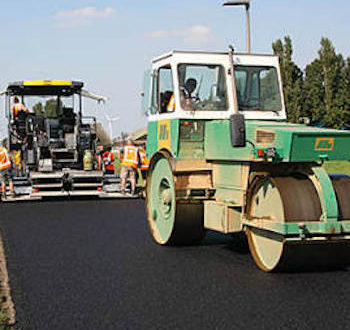 The Netherlands has opened the world’s first bike path made from recycled toilet paper.

According to Holland Trade and Invest the bike path has the runs from Leeuwarden to Stiens.

A ton of asphalt requires three kilos of fibre, and a consortium of contractors decided to recover the cellulose from "waste water" and add it to a mix of aggregates and bitumenous concrete. "This unique process is a step towards making road construction more sustainable," said representive from the consortium.

Contractors have warned cyclists not to ride fast on the path because stopping suddenly might result in skid-marks.

It’s common for cellulose to be added to asphalt – the M6 toll motorway used pulped fiction, or more specificially thousands of Mills and Boon novels. 45,000 books were needed per mile, reported the BBC in 2003.

Crap? Sorry. It’s a reference to the Warrington Cycle Campaign’s "Cycle Facility of the Month" feature, online since 2001 and published in book form as "Crap Cycle Lanes". Oh, and the skid-marks joke is courtesy of Ian "I used to work for Pashley you know" Hall.