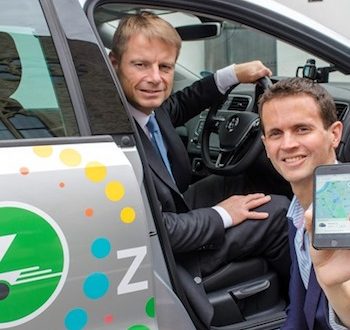 Last week BikeBiz reported that Wandsworth Borough Council in London was impounding machines from a new dockless bike-sharing scheme but now it has been revealed that the council has recently started working with a car-sharing scheme that operates in a similar way.

Wandsworth council impounded 130 dockless bikes because, among other things, they were guilty of “blocking parking spaces."

The council crowed that the "bike plague" was "being tackled."

"The company that’s flooded London with a rash of yellow rental bikes without any warning might be scratching their heads and asking themselves why so many have vanished from the streets of Wandsworth," said the council.

"The answer is that dozens have been impounded by the council for cluttering pavements and causing obstructions. Since they first started appearing last month, the council has confiscated 130 of the yellow oBIKES for blocking pavements.

The council’s transport spokesman Jonathan Cook said: “We all want to encourage cycling and other sustainable forms of transport but it is rather naïve to simply dump thousands of bicycles on London’s streets without any warning or discussion beforehand.

“We have received a flood of complaints about these bikes obstructing pavements, blocking parking spaces and even being chucked in people’s front gardens.

“We are happy to support an initiative that gets more people using bikes, but without a drastic re-think, and proper consultation with all the capital’s highway authorities this particular scheme, as it stands, is not the answer.”

Cars from the new "Zipzone" scheme will also block parking spaces and no doubt will also be parked on footways, but it sought permission to operate from the council. A late July statement from the council said the Zipzone scheme provided "floating" cars that, unlike other car-sharing schemes, could be left anywhere.

The council said Wandsworth was "now at the heart of London’s first car-sharing ‘zipzone’ which allows car club members to pick up and drop off hire cars on virtually any borough street."

Like the dockless bike scheme, users find a car via a smartphone app and are charged by the minute once they drive off.

"Car club members are … more likely to use public transport, walk or cycle than the average Londoner," claims the council.

"There are initially 300 ‘floating’ cars in use across the Zipzone’with more likely to be introduced as new members subscribe," said deputy leader of Wandsworth Council Jonathan Cook.

He added: “I want to thank Zipcar for making this innovative scheme happen. It’s the next logical step for the car sharing revolution and I’m proud this borough is playing its part."