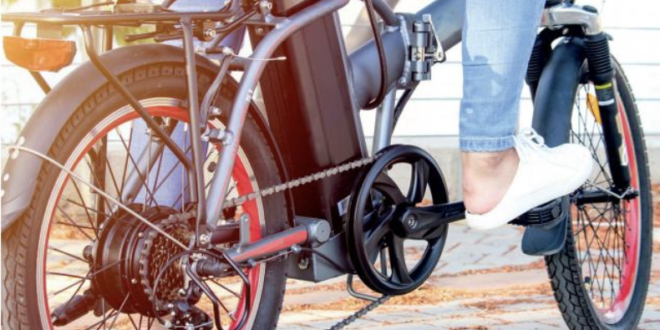 Could e-bikes save the cycle industry?

It’s been a year since our last e-bikes edition, and the market for electric assist cycles is stronger than ever in the UK, driven by a consumer demand for comfortable, easy and fun alternatives to the car, as well as leisure riders looking for a boost, or a bigger range for adventure. While e-bikes may not enjoy the kind of Government attention e-cargo bikes have in the UK, the industry is leading the way in stepping into an obvious growth area in cycling, and doing very well from it.

According to the latest figures from the Confederation of the European Bicycle Industry (CONEBI), e-bike growth in the UK is up from 40,000 units in 2016 to 63,000 in 2017. The Bicycle Association’s Steve Garidis says: “National figures suggest a real uplift of increasing volume over time. Since nobody makes e-bikes here [in the UK], the import stats are a proxy for sales.”

In fact, Britain makes just two per cent of Europe’s e-bike parts and accessories, with the lion’s share produced in Italy (26 per cent), Germany (18 per cent) and Romania (17 per cent). Across Europe, where e-bikes were embraced by the public long before the UK, e-bike growth has averaged in excess of 20 per cent each year, 2014-2017, with a whopping 25.3 per cent growth to a total of two million e-bike sales in 2017.

Rob Howes, from the Green Commute Initiative, a Cycle to Work scheme equivalent with no £1,000 upper limit, sees growth continuing, not least because e-bikes have the potential to replace short car journeys, rather than cycle journeys – which means new customers. In Howes’ experience, e-bike customers aren’t cyclists, they are commuters. As 80 per cent of commuters live within ten miles of work, that’s a lot of potential new customers for e-bike sales.

Howes is convinced e-bikes offer huge benefits not only for the cycle industry, but for society as a whole – with the potential to tackle pressing environmental and health issues caused by over-reliance on the private car. He says: “If you want people out of their cars you have to give them a viable alternative. Electric cars aren’t the solution, because if you replace all the cars in a city, you’re going to have the same congestion problems.”

Howes believes e-bikes solve many of the problems that keep people from cycling, such as not wanting to get sweaty, and a lack of showers, as well as longer distance and hills. “E-bikes are a game-changer for society, but they’re also a game-changer for the bike trade, because they are the purveyors of this new mode of transport,” says Howes.

He believes that, with online retailers selling spares at lower prices than he can buy via his trade account, the cycle industry needs an alternative to the current model. “Bike shops are going to get their heads handed to them on a plate soon,” he says. “Big online retailers are showing no sign of slowing. You can either compete with Wiggle or
do something different.”

Experience centres – not just bike shops
That something different is exactly what Fully Charged in Bermondsey Street, in London, offers. Ben Jaconelli started the company in 2014 after spotting e-bikes’ potential as a mass mode of transport. Having doubled the turnover each year so far, his shop is now selling five to ten bikes a day, at an average price of £2,600, according to Jaconelli. They are working at capacity, he says.

“I’m scared of doing successful marketing campaigns because we can’t deal with them,” he tells BikeBiz, when we meet in the downstairs area of the Bermondsey Street shop. “It is that ridiculous.” Fully Charged sells only e-bikes, priding itself on customer experience, well-trained staff, and its investment in around 50 demo bikes that are updated every six months.

“I used to work in the car industry, and identified e-bikes were a game changer, a better way to travel around London,” Jaconelli says. “I went to Eurobike and saw there were so many companies doing them, and said: ‘why isn’t anyone selling these [in the UK]?’ I saw this as a massive gap.” Jaconelli’s car industry background comes in to play in the customer experience. He adds: “Most of our customers aren’t cyclists, they’re coming back into cycling or they’ve never been cyclists.”

Most commonly, he says, they become interested in e-bikes after seeing them on holiday. Many of his customers have had friends recommend him, or contact him after seeing Fully Charged’s website, which they’ve invested significantly in – they’re now on the third iteration. “People don’t want to go to a general bike shop that has e-bikes, they want to talk to experts,” he says. “All our employees are trained for six months before they are allowed to talk to customers.

“It’s more about the range, not the technical ‘bike shop guy’ spec – though if our customers are interested, they can talk to us about that. The whole experience, that’s a massive thing that people relate with. Coming in and being able to test e-bikes out.”

Fully Charged has 50 demo e-bikes, from mountain bikes, to fun models like the Super 73, which has a cult-like following, he says. Ideally, customers book appointments and spend an hour in the shop, when they’ll try out five or six different bikes. He encourages them to take a few out, before coming back to ask questions.

Howes sees testing as crucial. “People tend to be like ducklings with e-bikes: they’ll like the first one they see, call it their mummy. But it’s like cars: a Ferrari doesn’t drive like a Fiat and a Mini isn’t like a Rolls Royce; that’s why you need to try them out.” The bike they’ll use will depend on their commuting distance, and whether they want to use the bike for weekend adventures, as many of Jaconelli’s customers do.

Jaconelli also believes the future of bike shops is electric. “We have to up our game, we have got to move away from the traditional bike shop and towards the customer care experience, like you do when you buy a car. That means your average order value goes up.”

He calls Fully Charged an experience centre. There’s a café in one corner, and Jaconelli and others work on laptops on a bench in another. The idea is to make it a relaxed environment because, as he puts it, “people can be nervous when they come in, it’s high prices, and new technology.

“Here, people can hang out and learn and talk. We have an open workshop, customers can sit down here, have a talk with mechanics.” The result, he says, is many customers buy on the spot, and if they don’t have stock in the shop, they can get it from their warehouse for the same or the next day.

The average cycle-to-work bike is £600; less than a quarter of Fully Charged’s average sale. Now, Fully Charged is starting a partner store strategy with bike shops, with the first set to launch within the next couple of months. Key to Jaconelli is that the store has good staff, and are willing to invest the time.

At the same time, he is also looking to expand to a larger store, and tentatively waiting to press go on that marketing campaign.

How the Green Commute Initiative works
The Green Commute Initiative is specifically geared towards e-bikes. It’s like Cycle to Work, without the £1,000 limit. As with the Cycle to Work scheme, though it’s a salary sacrifice scheme, where employees pay the cost of the bike back via their salaries each month. This doesn’t cost employers to run, because of the National Insurance saving.  Employees can save between 32-42 per cent on bikes. A lower bracket taxpayer could save £832 on a £2,600 bike, a higher taxpayer saves £1,092.

Rob Howes, of the Green Commute Initiative, says: “We don’t charge employees seven per cent [as cycle to work providers do], we only charge bike shops five per cent.” What’s more, he says, GCI wants to support local bike shops. “We won’t support Chain Reaction, online retailers, we aren’t supporting Halfords, and Evans, because I think local bike shops are critical to what we are trying to achieve – if you go out of business how are people going to get their bikes fixed?”

Howes, who founded GCI, says while early takers of the scheme tended to be small businesses, larger employers are increasingly getting on board, recognising the benefits of employees cycling to work, instead of driving.

Commuting by e-bike – my experience
If it weren’t for the e-bike, I would certainly not have considered a 20-mile round trip by bike to the theatre across London on a Friday night.

I would have reluctantly got on the tube, because as much as I love cycling, I’m not looking to sweat through traffic for 40 minutes only to sit, slowly steaming next to my friends, and strangers, for the best part of a two-hour performance. It was at this point I realised the transformative power of electric assist.

Don’t get me wrong – I probably ride around 60km per week on my road bike. It keeps me fit, and it’s generally low-stress, as I know how long it’ll take, and I’m lucky enough to have good routes into town. Cycling is my main mode of transport, but it does mean I have to consider either a change of clothes, or a shower, at the end of an eight to ten-kilometre commute.

However, since acquiring the bright pink Wisper with e-assist, and a step-through frame and basket, I was riding a lot more journeys, without arriving sweaty, or being tired from to-ing and fro-ing across town. Not only could I breeze across town on a Friday night on a social trip, I could ride to work, for meetings, without wearing lycra or carrying extra clothes and shower kit.

More than a thousand people liked my tweet about the theatre ride, significantly more than any previous tweet, but there were those who questioned whether I was getting less exercise because of it. In a word: no. I was certainly pedalling into the stiff headwind that evening, but it was up to me how much effort I put in. It was liberating. The next Wednesday I got home early, my plans cancelled. When a friend asked if I could meet 8km away for a drink, I agreed – where before I may have hesitated – because I could wear regular clothes and hop on the pink machine.

One thoroughly atypical morning, I e-biked across town to interview the London mayor, Sadiq Khan, before dashing back across town to sit on a panel about women in cycling. That was a 14-mile round trip before 10.30am in my business suit, without even considering changing clothes. I saw, during those two weeks of borrowing the pink e-bike, just why electric assist cycles have the potential to be so transformative, and I can’t and won’t stop going on about it. I really believe they could be the future of transport – and of the cycle industry.

Government interest in e-bikes
On 18th September, Theresa May made what could have been her second ever mention of bicycles in public, at a zero carbon vehicles summit in Birmingham. Cycling UK reports in that speech, she mentioned e-cargo bikes once. This followed an announcement, the previous day, from cycling minister, Jesse Norman, that the Government would invest £2 million to support the uptake of e-cargo bikes. Cycling UK calls this a “heartening signal” of a direction of travel and notes the Times report that cycling minister Jesse Norman had asked Chancellor Philip Hammond for subsidies for e-bike purchases, potentially worth up to £800 on a £2,000 cycle.

The charity is amongst those that consider e-bikes a solution to congestion, pollution and the health impacts of physical inactivity. Roger Geffen, Cycling UK policy director, says: “Cycling UK has long questioned why the Government’s Office for Low Emissions Vehicles provides such generous subsidies for electric cars, vans and charging-points, yet nothing for e-bikes."