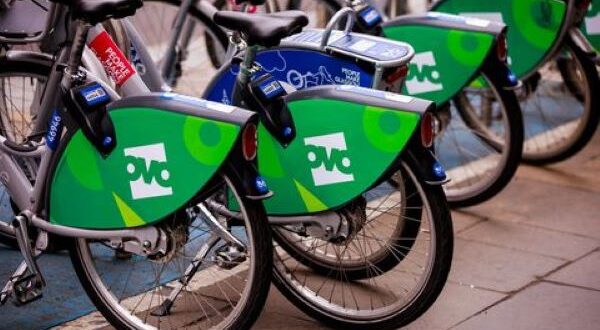 A popular bike-share scheme in Cardiff could be scrapped if vandalism and threats against staff don’t stop, the firm have warned.

Nextbike, the cycle hire operator that set up in the Welsh capital in 2018, have temporarily suspended the OVO Bikes schemes in Cardiff and the Vale of Glamorgan after months of vandalism, thefts and threats against workers.

Since its launch, nextbike has pulled in 136,000 customers with more than 1.2million trips being provided.

But the company has also had to deal with the theft of more than 300 bikes – 130 of which were taken since August this year – while a further 260 machines were scrapped because of damage caused by vandalism, including bikes being set on fire, snapped in half, and dumped in rivers.

Nextbike, which has hired a private investigation firm to try to reduce the impact of the thefts and vandalism, said this represents more than half of Cardiff’s 1,030-strong fleet of bikes.

UK managing director, Krysia Solheim, said: “The amount of vandalism and theft that we have seen is simply staggering and not something we’ve experienced to the same extent anywhere else in the UK.

“Our teams simply cannot keep up with the level of damage and theft being carried out.

“It’s a very small minority causing most of the damage. We’ve identified the groups responsible and are working with the police and local authorities to engage with them to deter such behaviour in the future. The private investigation firm we recently tasked with monitoring our bike docks in the Cardiff area, successfully recovered 16 lost/stolen bikes over a two-day period. They were shocked by the behaviours they witnessed.”

The OVO Bikes scheme works through an app, with users able to rent machines from designated docking stations in South Wales.

Alongside the vandalism, nextbike’s 17 local workers have also been subjected to abuse and attacks when trying to recover the bikes, with one employee being urinated on while another was chased with a shovel when trying to take back a bike.

While the scheme has been temporarily suspended, Solheim said they hope to make the bikes operational again early next year.

Inspector Darren Grady, from South Wales Police, said: “Nextbike is an excellent facility, which allows residents and visitors to travel around Cardiff and the Vale of Glamorgan in a convenient and environmentally-friendly manner.

“The minority who steal or vandalise these bikes ruin the facility for others and we are committed to working with nextbike and the local authority to continue clamping down on this mindless behaviour.

“Abuse of nextbike employees, theft and vandalism will not be tolerated and our Neighbourhood Policing Teams are extremely proactive in arresting those responsible.

“In the city centre alone, nine people have recently been convicted at court for such offences resulting in prison sentences, fines and community work.

“We look forward to seeing the bikes back on the streets soon and we appeal to the community to help protect the scheme when it returns.” 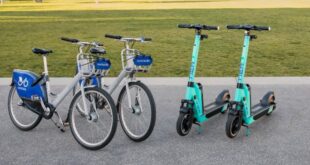 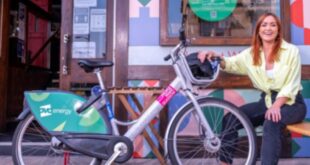