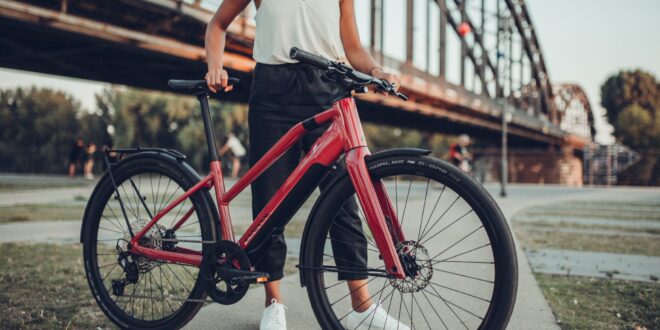 Canyon has launched two new e-bikes, the Commuter:ON and the Precede:ON.

The Commuter:ON relies on an integrated Fazua Evation drive system to make it a lightweight and modern e-bike with exceptional handling. For the Precede:ON, Canyon’s designers and engineers made “maximum functionality, everyday usability and state-of-the-art design their top priorities”, said the brand.

The aluminium Commuter:ON will be available in three colours and two different frame types: the Commuter:ON 7 and the Commuter:ON 7 WMN will both retail for €3,299. At 17.2kg in size M, the low weight “guarantees the bike can be easily taken on public transport or carried upstairs”, said Canyon.

The Precede:ON, which has won the 2021 German Design Award, has a Bosch motor and battery incorporated into the frame. With no visible cables or wires, Canyon said, the built-in Bosch Kiox display and specially integrated brake levers, designed in collaboration with TRP, make the unified handlebar and stem “the first of their kind”. 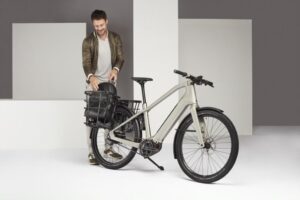 A bright Supernova light system, aluminium fenders, a kickstand and a robust rear rack with the Ortlieb 3.1 quick-lock system all come pre-installed on the bike. It can also be equipped with a front rack as well as special baskets on the rear.