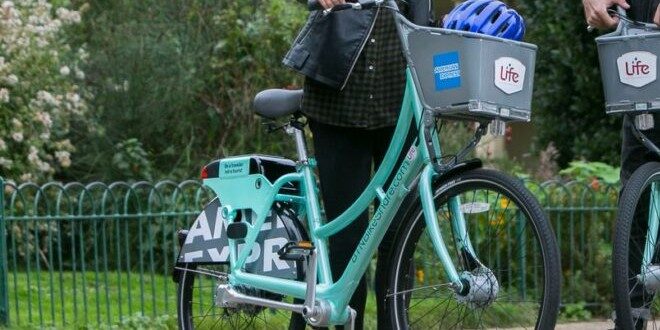 The six-figure number was hit over the weekend. Over 120,000 residents, visitors and commuters have cycled more than two million miles around the city since its inception.

BTN BikeShare, operated by Hourbike, was launched in September 2017 thanks to start-up funding of £1.16 million from the Coast to Capital Local Enterprise Partnership and £290,000 of council money. It began with 450 bikes at 50 hubs and has since expanded its fleet to 570 at more than 70 hubs.

Chair of the environment, transport and sustainability committee Anne Pissaridou said: “To have reached this milestone in less than three years is a credit to the BTN BikeShare scheme and those using it.

“It’s been so pleasing to watch the scheme grow and expand. More residents are using BTN BikeShare for commuting or making short journeys while visitors see it as a great option for exploring the city. The council is committed to becoming a carbon-neutral city by 2030 and BTN BikeShare is playing a significant role in promoting healthy and accessible travel to our residents and visitors.”

During the COVID-19 pandemic, free BTN BikeShare memberships have been offered to NHS staff and carers employed by the council. It has also placed virtual hubs close to several NHS buildings to support their commute.

‘Virtual’ hubs have also opened in Sackville Road and the northern side of Portslade railway station with more permanent and temporary hubs coming soon. The cleaning of BTN BikeShare bikes has also been increased significantly, the council has said.