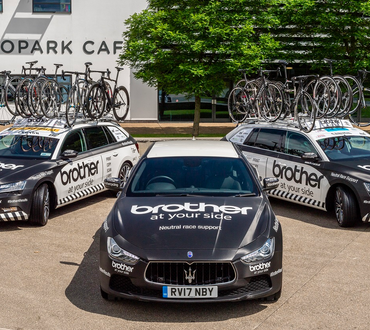 Brother UK continues to expand sponsorships with Team Torelli for 2018

Brother has further expanded its extensive range of sponsorships with Team Torelli – a partnership that will extend into the 2018 cycling season.

Manchester-based Team Torelli will enjoy jersey sponsorship from Brother UK throughout the 2018 season, competing at high profile national events, including the Tour Series in May.

This latest announcement is the third team sponsorship revealed by Brother UK this year, having invested in the cycling sector for more than six years. It is also the official print, imaging and results partner for the Tour Series, the OVO Energy Women’s Tour of Britain and the OVO Energy Tour of Britain.

Speaking about the new team sponsorship Brother UK MD Phil Jones commented: “I have been extremely impressed by all the progress the team have made in the 2017 season and the 2018 team roster looks very strong and capable of delivering some outstanding results on the road and the track. It has the makings of a great partnership.”

Team Manager of Team Torelli Tony Orrell added: “2017 has been an amazing year for us, and going into 2018 we’re proud to have Brother UK on board as a sponsor. The brand has a great track record in its cycling sponsorship successes and we’re looking forward to working together to produce more great results in 2018.”