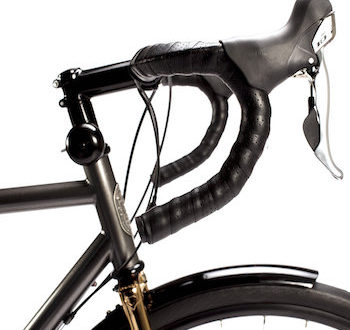 In celebration of its 150th anniversary, Brooks England is cooperating with top bike builders on the Dashing Bikes project that will see a number of interpretations of a Brooks Bicycle produced in limited numbers.

The resultant bikes will be sold worldwide, and will be built with a common concept in mind – copper. The versatile material has played in integral role in Brooks’ products. Each project integrates this colour into the design; Brooks has prepared saddles and accessories to complement the paint schemes, head badges, and other details on the finishing kit of every bike.

Upcoming editions will be made by well-respected Italian steel frame designer Dario Pegoretti, and minimalistic Finnish company Pelago. The latest collaboration with belt drive innovators Schindelhauer was announced before Eurobike this year.

The models will be featured in a rotating monthly display at the flagship B1866 store in Covent Garden throughout the remainder of 2016.