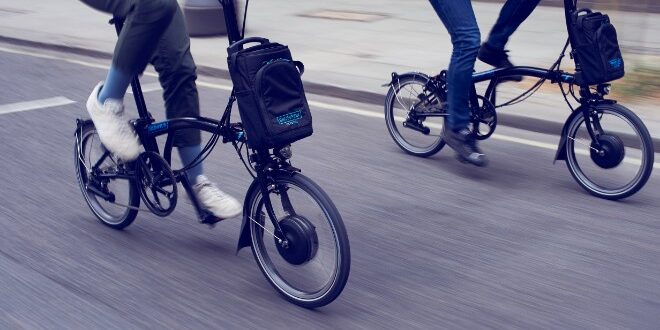 Butler-Adams called for investment in cycle lanes and bike superhighways over projects such as HS2 in an interview with Steven Day, co-founder of 100% renewable energy supplier Pure Planet.

He acknowledged the vast improvement in conditions for cyclists since the UK went into lockdown, with better air quality and a sharp drop in traffic bringing thousands more cyclists onto the roads. However, he said changes such as wider pavements and temporary cycle lanes need to be made permanent to help create cleaner, sustainable cities.

“Now we’ve been let out and we’ve seen what these cities could be like and we’re saying ‘hold on, that is so much better’. The air quality is better, the streets are calmer, we can cycle with our children, we don’t feel afraid, why can’t we have that? Surely cities are for people that live in them, not for the minority that are in these square boxes called cars.”

Butler-Adams believes COVID-19 will have a similar effect on cycling in UK cities as the 1973 oil crisis did on Amsterdam – encouraging millions to swap their car for pedal power. He urged the Government to dump other costly transport infrastructure projects such as HS2 and instead spend billions on making cycling more accessible in cities.

He said: “What are you doing spending billions on a little bit faster rail journey from one city to another? Let’s sprinkle those billions on 20 cities across the UK for everybody who lives in that city to have a wonderful environment to live. I go on that journey regularly and I don’t care about the 20 minutes, I just want the WiFi to work.

“If you build the infrastructure then people will come, if you make it safer the families will come and once they’ve experienced it they love it so don’t expect to take it away easily.”

Butler-Adams also stressed the physical and mental health benefits from cycling would reduce the burden on the NHS. He said: “I would direct way more of our resources into making cities lovely places to live with clean air and where walking and cycling is prioritised. That would have a dramatic effect overtime on the burden on the NHS. We are spending most of our money on supporting the NHS because the lifestyle we are living is extremely unhealthy.

“Politicians are all way too short term, they are worrying about where they will be in the next election. If we, the people get frustrated enough we will create the political leadership because we want it. That’s why this opportunity at the moment is so important. We have seen what we want, we have had this enlightenment and what we need to do as a society and say what you are currently delivering is totally unacceptable.”

The company employs 450 people at its factory in Greenford, West London, and exports three-quarters of the near-50,000 cycles it makes annually. And Butler-Adams says he believes the Government “hasn’t done too badly” in its handling of the COVID-19 crisis – in particular, the furlough scheme – but warns “there is a long way to go”.

The full interview with Day and Butler-Adams can be viewed here: 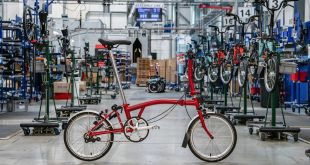 ‘This is a magic moment in Brompton’s history’: Brompton unveils its millionth folding bike with global tour announced