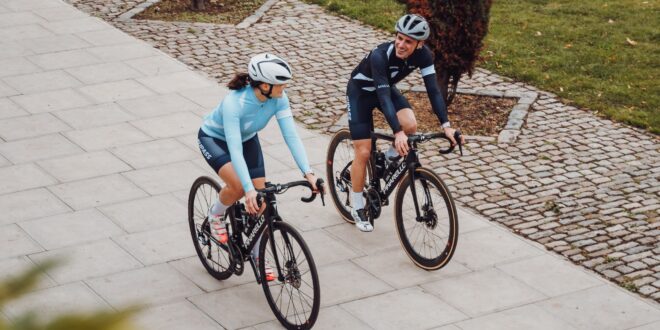 British road star Pete Kennaugh retired from racing in 2019 following years of mental health struggles. Rebecca Morley speaks with the 32-year-old about the next chapter – running his own cycling business

Pete Kennaugh has enjoyed a prestigious career in professional cycling – Olympic gold on the track, stage victories in the Critérium du Dauphiné, and multiple national titles. But following his retirement from the peloton in 2019, the Manxman recently launched into the cycling business, with sports and lifestyle company SUPASS, offering coaching, nutrition services and cycling apparel.

The coaching team is led by Kennaugh with support from his brother Tim, who is currently a performance coach on the UCI WorldTour with Bahrain Victorious. To gain experience in the field, Kennaugh started coaching local junior riders and Trinity Racing’s Luke Lamparti. Under Kennaugh’s training, Lamparti has become the youngest rider to ever win the USA Elite Criterium Championships, winning a stage of Tour d’Eure et Loir and finishing 4th on stage five of last year’s Tour of Britain.

“I was obviously a cyclist for so long and when you stop, it’s like ‘what do you do?’,” Kennaugh told BikeBiz. “Even when I was a cyclist, I knew that I would quite like to work with that age group again and give back some of the stuff that I’d picked up along the way and my experiences, hopefully by sharing that it can help them. I started coaching with Lamparti and a couple of guys on the Isle of Man last year, and I knew I wanted to create a business. However, I needed to get experience first of working with different riders and different people before launching a coaching business.”

SUPASS also teamed up with Rapha to create a special edition kit, with Kennaugh saying they’ll move into casual clothing this year. “But I just want to take everything really slow and let it grow organically.”

Feedback on the business has been great, Kennaugh continued: “There’s a lot of experience and we’ve put a lot of time into it as well. I think with a lot of coaching companies, you sign up and it’s a copy and paste. Probably the most important part of coaching is the communication and making sure you understand the athlete – what they need and what they want.”

On the special edition kit with Rapha, Kennaugh says he’s had a relationship with the brand for years. He emailed Simon Mottram (Rapha’s CEO who recently stepped down) about the idea of the coaching business and potentially doing kit, and it went from there. It can go hand in hand; we can organise events with each other, they make amazing kit. This is the first collection that we’re doing, but we’d like to release more along the way.”

In terms of plans for the rest of the year, Kennaugh says SUPASS wants to do some grassroot events on the Isle of Man, to again give back to the kids and become part of the community. “For me, it will be Tour de France commentary again with ITV, also working for Trinity Racing. I’ve got a role there as head of performance.”

Cycling boom
The cycling boom during Covid-19 has been well-documented, with many discovering the joys of riding when lockdown meant quieter roads and more time on our hands. But the trajectory had been going up anyway, Kennaugh says, since perhaps even before the London Olympics in 2012.

“It just seems really common now, it’s a widely accepted sport. It’s quite normal to go on your bike and wear lycra. Obviously Covid helped that in terms of everyone’s at home and that was your way to get out the house. I remember a local bike shop at home here was saying they did more business in the first month of lockdown than they did the month before Christmas.

“I also think e-bikes have helped a lot,” Kennaugh continued. “So many of my friends have started cycling because of e-bikes. It makes you want to go on your bike because you can go up the hill and it’s nice and easy. It’s not going to stress you out and then you can go and enjoy the rest of the ride. I think they’ve really helped people get into cycling. It’s such a tough sport to start, especially if you’ve never done it and even if that’s just a gateway to then getting a normal bike and racing. I think the growth will continue for the time being.”

Kennaugh is also set to be an ambassador for Black Sheep Cycling as well next year, which will involve ten podcasts, something he says will be a big learning curve, but that he’s very excited about. “I’m also working with the Australian Cycling Academy Team. It’ll be almost like a mentoring programme. As a company, they’ve really been pushing the mental health side as well. It’s something I feel quite passionately about.” 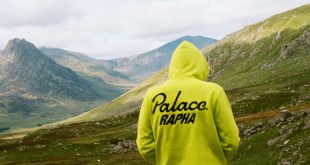 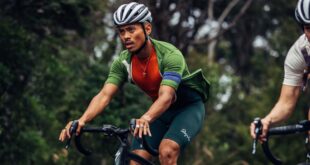 Sustainability and the cycling industry: Rapha 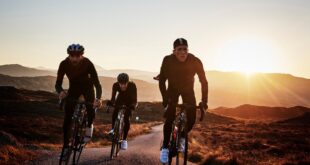