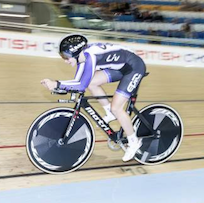 British Cycling has confirmed that it has approved allocated funding for three cycling facilities.

The three schemes, consisting of a new closed road circuit (CRC) in Leicester, a new CRC in Hull, and the refurbishment of Palmer Park Velodrome in Reading have just been allocated a total of £900,000 in funding.

A range of partnerships in each respective area will support the schemes. Leicester City Council and New College in Leicester will support the new CRC facility, Hull City Council, and Hull Culture and Leisure Trust will be supporting the new Hull CRC, and in Reading, the Borough Council will lend aid in the refurbishment of the Palmer Park site.

Work on all three facilities will commence in the coming months, with each site expected to open to the public at some point in the coming year.

John Mills, British Cycling’s director of coaching, education and development, commented on the new plans: “We are delighted to be able to award this money to three very worthwhile projects.

“Working in conjunction with local authorities and other partner organisations, our aim is to create a network of traffic-free facilities at which people of all ages from across the country can learn to ride a bike, improve their cycling skills and take part in regular physical activity, whether that be racing or recreation.”

In addition to the three new projects, current works on the CRC in Leeds and on the new CRC in Wakefield have been completed. Earlier this year, British Cycling announced its investment of £10m in facilities since 2009, when Sport England Exchequer funding was first awarded directly to national governing bodies to fund facilities.