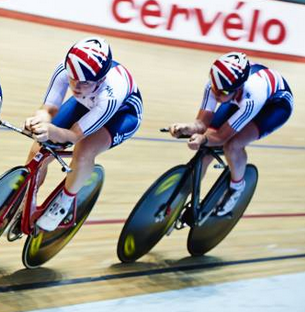 British Cycling has confirmed the plans for a second European training base in Belgium, which will be used by the Great Britain Cycling Team from the beginning of 2017.

The choice of location will allow the team greater access to road racing in northern Europe and increased variation in training opportunities. In particular, the establishment of the training base in Belgium will significantly widen the racing opportunities available to women’s senior academy riders following the launch of Team Breeze in January.

The confirmation of the second training location builds on the success of the first European base located in the town of Montichiari, Italy – this has allowed members of Team GB to access the European U23 racing calendar.

Ian Yates, the performance pathway manager at British Cycling, commented: “This is just the latest in a long line of improvements that we are implementing as we continue to build towards Tokyo 2020 and beyond. While the women’s senior academy squad will spend a lot of time there, the base will also serve to benefit other programmes and disciplines.

“The base in Italy has been a success for the men’s senior academy and the progress of the riders, both in terms of their cycling performance, and also their personal development, which has been encouraging to see; this is something we’re aiming to build on in Belgium.”

The success of British Cycling riders such as Mark Cavendish, Geraint Thomas and Peter Kennaugh has been attributed in part to the creation of European training bases in previous years, and as the Great Britain Cycling Team senior academy riders aim to step up to the podium squad, similar training will be in place.

“We have identified the importance of continuing to expose the riders to a world-class standard of road racing and this base in Belgium gives us the opportunity to do that.”