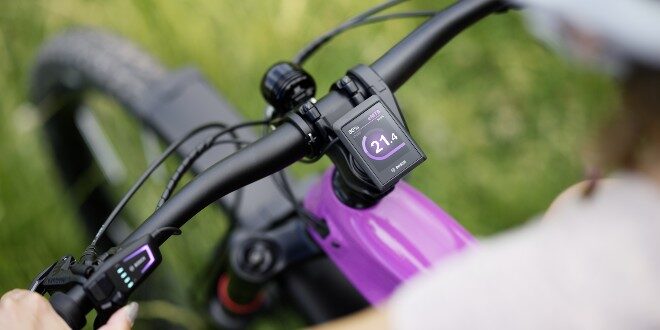 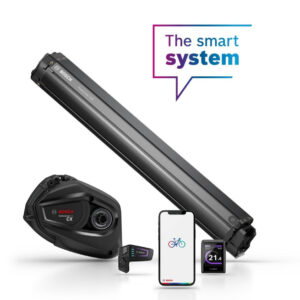 The smart system streamlines cockpit controls, benefitting from a new buttonless Kiox 300 display that’s coupled with a new LED control unit for ease of use. Away from the cockpit, the introduction of the PowerTube 750 battery, combined with Bosch’s Performance Line CX drive unit, “pushes the boundaries” of e-bike range to its maximum for longer rides on roads, trails and paths alike, said the company.

Bosch eBike Systems’ new Flow App is the digital linchpin in the smart system and augments the capabilities of its componentry. The Flow App enables the owner to customise riding modes, record activities automatically and integrate with fitness apps such as Apple Health.

The app also allows the addition of future updates to the Bosch system over the air, without the need to visit your local Bosch eBike Systems dealer.

Announced at Bosch eBike Systems’ launch event in Friedrichshafen, the smart system forms part of the company’s ‘vision’ for the future of e-mobility.