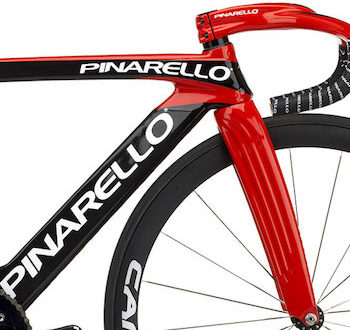 Italian company Pinarello has issued a press statement following reports that it is in takeover talks with the parent company of Louis Vuitton. The LVMH Group also owns other luxury brands: Pinarello would fit well with its other high-end marques.

Rumours of the talks first surfaced on Italian bike website Tuttobiciweb.it, and now Pinarello has responded by saying:

“With reference to press leaks, the Pinarello family confirms that they have been evaluating, since a few years, different assets reinforcement options with a strong industrial base, in order to further strengthen the Pinarello brand in the world.

"The Pinarello family is not considering to exit the business and will continue to follow the company in its future growth, as it has always done and with the same passion.”