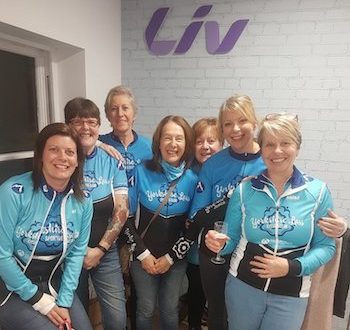 Keeping it in the family Nicola Doody and her brother David Trotter have rebranded their grandfather’s shop as a female-friendly flagship store. Bob Trotter Cycles was established on Monkgate in York in 1955 – the three-storey store is now Liv Store York and is just around the corner from the Trotter family’s Giant York on Lord Mayor’s Walk.

“We are incredibly excited to be working with Liv Cycling to launch the very first Liv Store in the UK, dedicated entirely to women’s cycling," said Doody.

"I am passionate not only about getting more women into cycling, but helping female riders along their cycling journey whichever direction that takes. We’re here to offer the warmest of welcomes to newcomers who can sometimes find those first steps daunting and over-whelming."

The refurbed 120sq m store has dedicated sections for commuting, on-road and off-road.

Liv’s European marketing manager Collette Clensy said “The core passion behind the Liv brand is to make the best bikes and gear for women, whilst making cycling more approachable and appealing. This, together with a comprehensive product collection, gives the brand a unique approach and this is now all available in York.”

Loving the new Liv Store in York, I feel a shopping moment washing over me! @YorkLass_CC @livstoreyork pic.twitter.com/ovzk8N146p