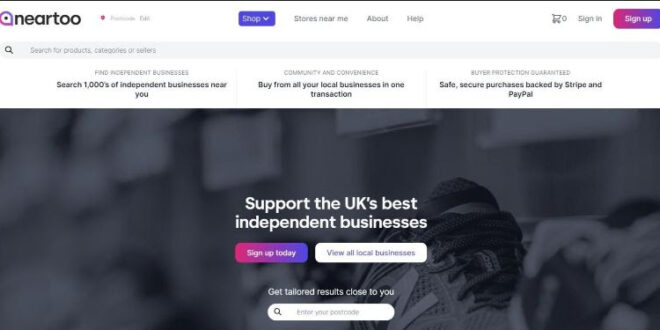 The British Independent Retailers Association (Bira) is calling on independent retailers to sign up to its new online trading site to help them recover from the pandemic.

The website, which is being launched in February, will provide independent retailers with a new, cost-effective way to sell online, helping them build their presence both locally and nationally.

The UK-wide platform, called Neartoo, is open to all types of retail and will be owned by indies, exclusively for indies, and will operate at significantly lower sales commission than its competitors, said Bira.

The platform, Neartoo.co.uk, aims to complement physical stores and help indies move to a ‘hybrid’ model of retailing. Hundreds of Bira members have already signed up in just a few weeks since it was launched to businesses before it goes live to customers. Shop owners are able to either sync their existing online sales platform, or create their own through the platform if they haven’t been able to afford to create an online presence yet.

Bira’s CEO Andrew Goodacre said: “The pandemic has accelerated shopping behaviours, with more use of the internet and people also shopping more locally. This platform, owned by independents, addresses both of those societal changes, and will allow these retailers to open up new ways of selling to customers, and more profitably.

“This is a really exciting opportunity for indi’s throughout the UK to be able to start selling online or increase their own visibility. It will get their products out to a wider audience and the fact so many of our members have already signed up and have seen the potential, is fantastic.

“Bira wants to help independent retailers achieve their ambitions. If there is another lockdown it will mean that stores can still sell through click and collect and not lose business to other multinational online trading stores such as Amazon. There is such a huge gap between indies not having an online presence and we believe they have been left behind for far too long with big tech companies taking over.

“This is the answer for thousands of indie stores across the UK to still maintain a bricks and mortar presence on the high street, while also allowing them to sell online but at a lower cost.”

Use of the platform is free for 12 months for Bira members, and for non-Bira members, they can sign up and get five months free.