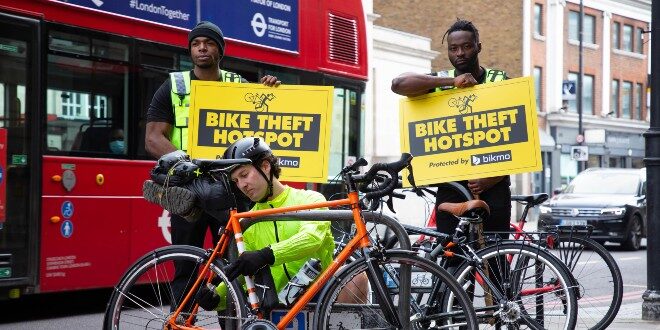 Available to all for free, riders across the country can now view reported thefts on an interactive heatmap. Showing incident rates across England and Wales – taken from publicly available police data – London’s financial centre, the City of London, came out on top as the worst area for bike theft.

Figures for the whole of 2020 also showed a dip in thefts compared to previous years, despite reports of huge spikes in the first half of the year.

Bikmo’s new heatmap shows bike thefts in England and Wales for the whole of 2020. Overlaying this with population data, areas are then given a rate of theft per 100,000 residents. Showing a live table of the worst and safest areas for bike theft, cyclists can now view theft trends in their local areas and identify hotspots of reported incidents.

According to the aggregated data, 74,573 bikes were reported stolen in England and Wales in 2020.

When grouped and split into the UK’s 12 regions, Greater London had the highest rate of bike theft. With 492 thefts per 100,000 residents, this was well over twice the rate of the next worst region – the East of England with 159. The North West came out as having the lowest rate of bike thefts with just 55. Wales appeared to be the safest region with a rate of just 58.

The City of London was the worst single area for bike theft with a rate of 6,345 thefts per 100,000 residents. Behind this was the city of Cambridge with a rate of 1,531 and the borough of Hackney in East London with 943. Rounding off the top five worst places in the country for bike theft was the East London borough of Tower Hamlets (807) and the university town of Oxford (725).

In 2020, the worst location for bike theft in terms of the total number of thefts was Hackney, with 2,324 reported thefts – up 46% from 2019. Such a hotspot for cycle theft was Hackney that incidents in that borough alone made up over 3% of total reported bike thefts across England and Wales.

As well as showing the worst areas for bike theft in England in 2020, Bikmo has also been able to determine the safest areas to park your bike. With the top four spots being taken up by areas within the jurisdiction of the Greater Manchester Police, the next lowest figure came from the borough of West Devon with a rate of just seven thefts per 100,000 residents. This was then followed closely by Torridge in Devon and the Welsh principal area Ceredigion, with rates of nine and 11 respectively.

Bikmo CEO David George said: “As more and more people begin to realise the many benefits of cycling during the pandemic, it is only natural that fears around bike theft will rise.

“We are proud to today unveil a brand new public tool, allowing riders across the country to view annual bike theft rates in their local area and identity hotspots where crimes are being reported. The new tool will be regularly updated to provide an ongoing resource to members of the public. We hope this will be useful to the fast-growing number of riders, and help increase awareness in high-risk areas.”

For more information on Bikmo’s bike theft tracker and its range of insurance cover for cyclists, visit https://bikmo.com/. 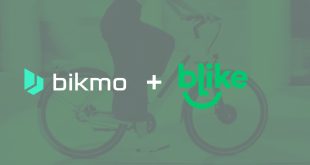 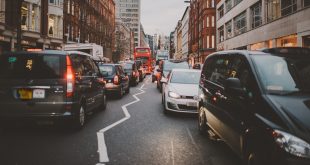 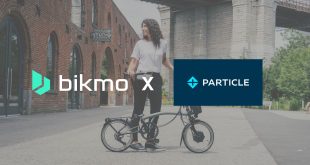