Bianchi Oltre XR2, Specialissima CV and the Aquila CV are applicable to the offer

Bianchi have teamed up with cycle insurer Bikmo Plus to offer free insurance for 12 months on their high-end bicycles.

This 12-month deal is believed to be the first of its kind in the UK and has launched at this week’s Cycle Show at the NEC.

The bikes that include 12 months’ free insurance upon purchase are the Bianchi Oltre XR2, Specialissima CV and the Aquila CV.

David George, CEO of Bikmo Plus had this to say: “For us, this partnership was a no brainer. Bianchi share many qualities with Bikmo Plus in terms of attention to detail, quality and answering the needs of cyclists”.

Bianchi had this to say: “For 130 years, we’ve been making bicycles. We’ve had many firsts in racing and innovation, and giving our customers 12 month’s free insurance is another first for service.“

As one of the world’s most recognisable bike brands, Bianchi have played a core role in leading some of the greatest cyclists to victory in events such as the Tour de France, the Giro d’Italia and the Vuelta a Espana.

Bikmo Plus on the other hand, have been revolutionising a typically stagnant sector since their launch, exactly one year ago, with the innovative use of technology, a forward thinking approach to cycle insurance, and excellent customer service.

Share
Previous See.sense plugs upgraded intelligent LED on Kickstarter
Next Letters: ‘Why are things so quiet in the shop?’ 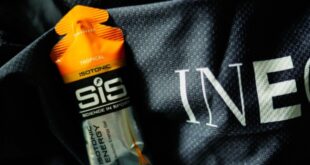 Science in Sport (SiS) has signed a three-year extension to its partnership with INEOS Grenadiers. …